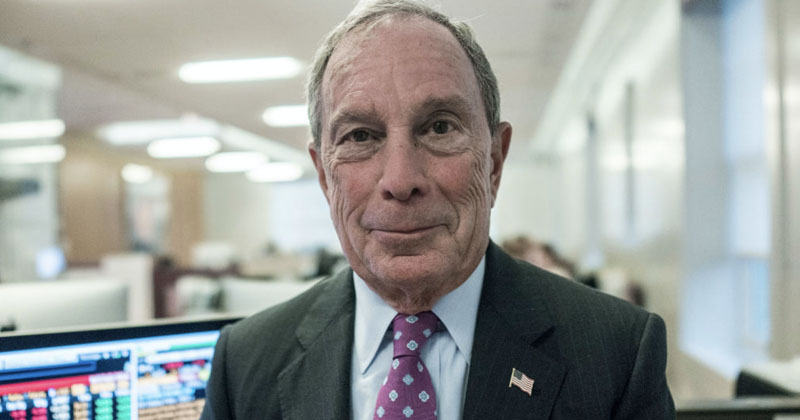 In an extraordinary show of bias, Bloomberg News has announced it will not investigate its boss Michael Bloomberg or any other Democrat candidate during the 2020 primaries.

Bloomberg News Editor-In-Chief John Micklethwait released a statement to staffers on Sunday, saying the Editorial Board has been “suspended” and that several editors will join Bloomberg’s presidential campaign.

“We will continue our tradition of not investigating Mike (and his family and foundation) and we will extend the same policy to his rivals in the Democratic primaries,” Micklethwait wrote.

Wowsers. Bloomberg News will not be investigating Bloomberg or any Democrat in the primary and senior members of the editorial board are joining his campaign: https://t.co/u0rxLGZAWZ

“We cannot treat Mike’s Democratic competitors differently from him. If other credible journalistic institutions publish investigative work on Mike or the other Democratic candidates, we will either publish those articles in full, or summarize them for our readers – and we will not hide them,” he added.

The move is so blatantly biased and corrupt on its face that users on social media were quick to condemn Bloomberg News.

There should be considering his appearance in Jeffrey Epstein’s little black book and his seemingly close relationship with him and Ghislaine Maxwell.

Bloomberg News released this statement today around the time @HowardKurtz and @brianstelter were ending their media criticism shows. This would have been, should have been, the number one story on both programs. Now it’s for media navel-gazing, not as much for public consumption.

So he just shot the whole institution’s credibility in the head for years, all for the sake of three to six weeks enjoying his delusive, laughing-stock candidacy. It’s sad to watch someone try to feel as big and important as his wealth tells him he ought to be.

The news comes as the former New York mayor officially announced his presidential bid on Sunday.

The fact Bloomberg News has the gall to actually announce their intention to abandon journalism shows how out of touch the organization is with voters who actually want to learn the truth about candidates they vote for.