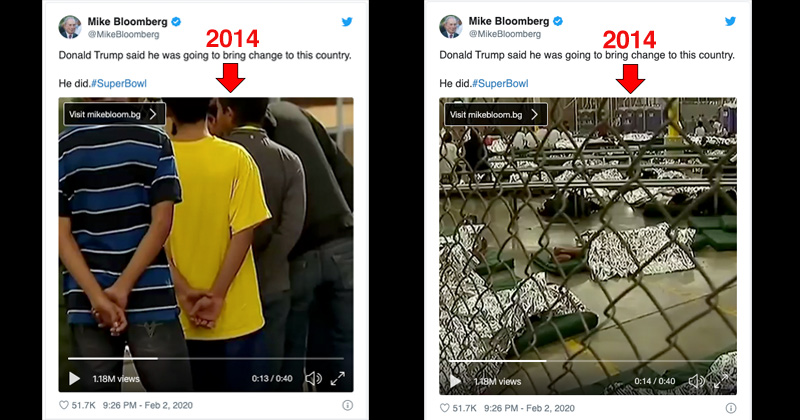 The ad, which aired during Super Bowl LIV, features 2014 images of children being lined up and processed by Customs and Border Protection agents, as well as illegal aliens using mylar blankets while in custody.

Donald Trump said he was going to bring change to this country.

Keen viewers noticed two children shown at the ad’s 13-second mark can be seen wearing the exact same clothing in a 2014 AP photo of a detention center in Nogales, Arizona. 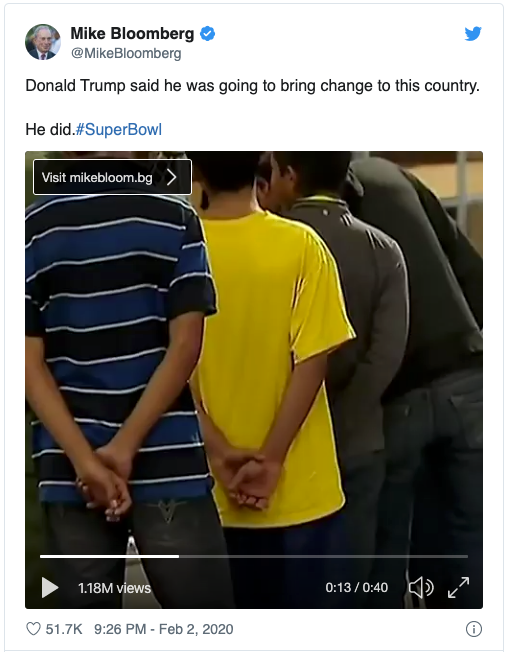 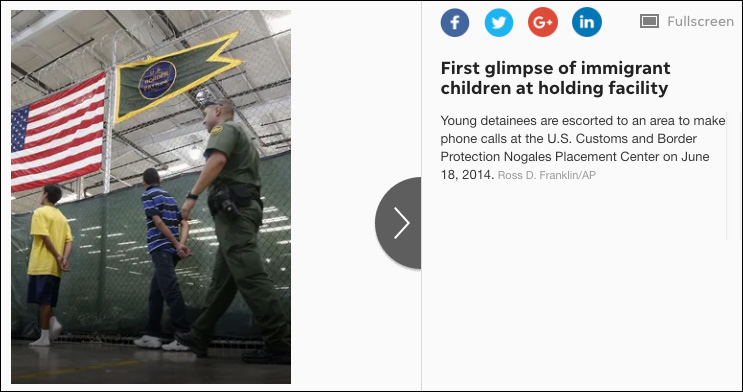 Another clip from the ad, showing a crowded room of illegal aliens sleeping on mats covered with space blankets, also appears to be from 2014. 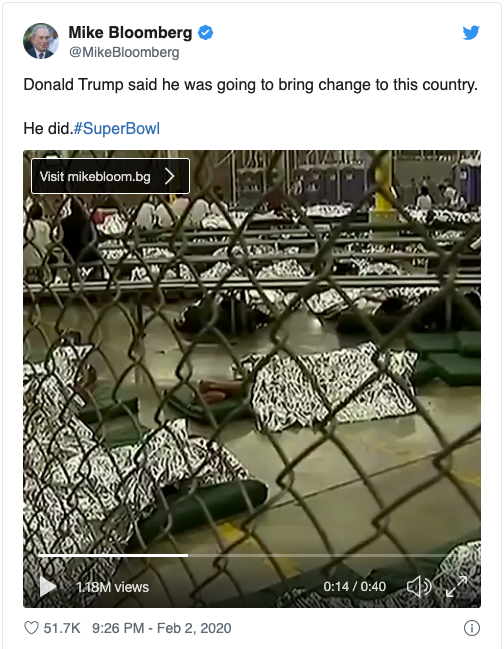 And a correlating AP photo from 2014: 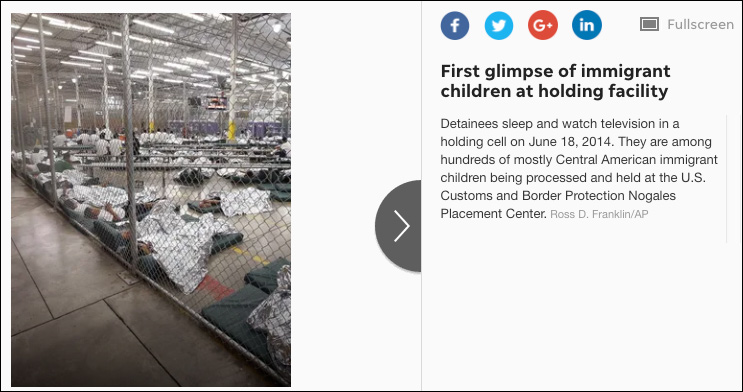 The similarity is immediately noticeable with a side-by-side comparison, via Twitchy: 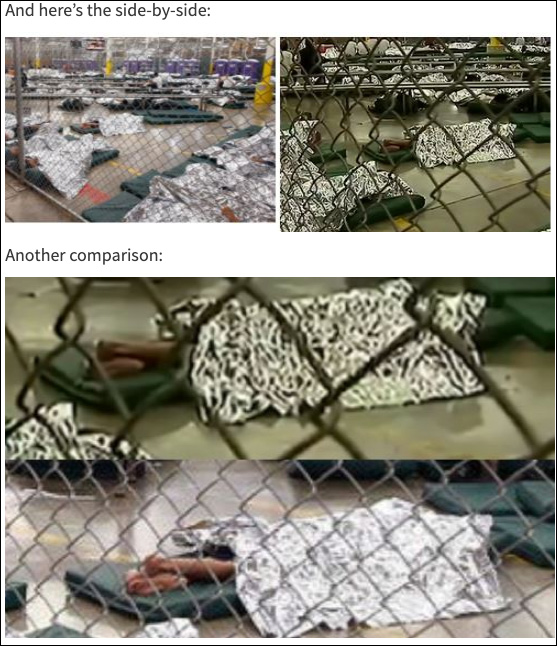 Given the photos have been thoroughly debunked, as they were also previously used by liberals to attack Trump, did Bloomberg’s campaign know the images were from 2014 and decided to put them in the ad anyway?

In 2018, photos from the Nogales detention center were also circulated by various anti-Trump activists who shared a link to a photo album which featured 2014 photos of children in detention, all the while blaming Trump for the “abomination.”

I saw this photo floating around and didn’t know if it was real.

Children of immigrants are being held in cages, like dogs, at ICE detention centers, sleeping on the floor. It’s an abomination.

The US Govt is holding migrant children in small cages like they are animals–just as 45 describes them.

This is horrific. This is inhumane. This cannot stand. #ThisIsAmerica https://t.co/JEty91DHvq 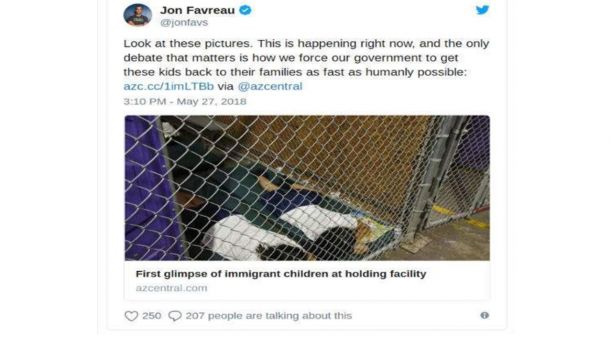 During that period, a few leftist journos deleted their tweets and admitted the photos were from 2014:

Correction: this link, which was going around this morning, is from 2014. Still disturbing, of course, but only indirectly related to current situation. My bad (and a good reminder not to RT things while distracted w family on the weekend). https://t.co/zbM4I0woUF

Bloomberg is currently polling at around 8 percent, according to FiveThirtyEight.com.

Bernie throws a party for the booze-geoisie but Bloomberg is plying the DNC with millions in cash like Hillary did. A look at how each of them stack up to Trump.