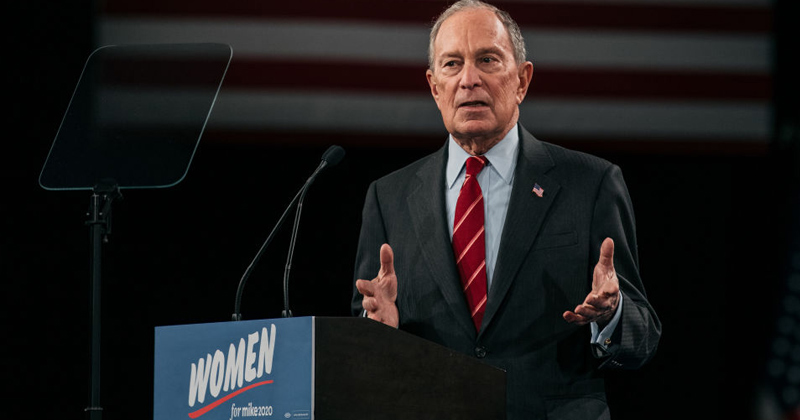 As The Intercept reports, portions of the Bloomberg campaign’s plans for “maternal health, LGBTQ equality, the economy, tax policy, infrastructure, and mental health” were directly stolen from “research publications, media outlets, and a number of nonprofit, educational, and policy groups.”

Bloomberg did co-found Everytown for Gun Safety and Building America’s Future Educational Fund where he was listed as a co-author on the educational fund’s reports, however, he has no affiliation with the other outlets and organizations.

“The plagiarized sections ranged in length from entire paragraphs to individual sentences and fragments in documents that were between five and 174 pages long,” The Intercept reports.

After The Intercept asked the Bloomberg campaign about the plagiarized material, the MikeBloomberg.com website took down an entire plan and altered several others.

The campaign released a statement on the plagiarism accusations, yet failed to deny the literary theft.

Ironically, Bloomberg’s media outlet Bloomberg News strongly condemns such behavior in their style guide, writing, “Plagiarism is theft. Be prepared to lose your job if you plagiarize. Always credit original reporting to those who did the legwork, and never reproduce quotes made to others if we heard them ourselves. Press summaries must cite the publication that did the reporting and explain the attribution used in the original story.”

Although the Bloomberg campaign altered its plans after being caught, The Intercept took screenshots and posted them side-by-side with the original source material they stole from. See Below: 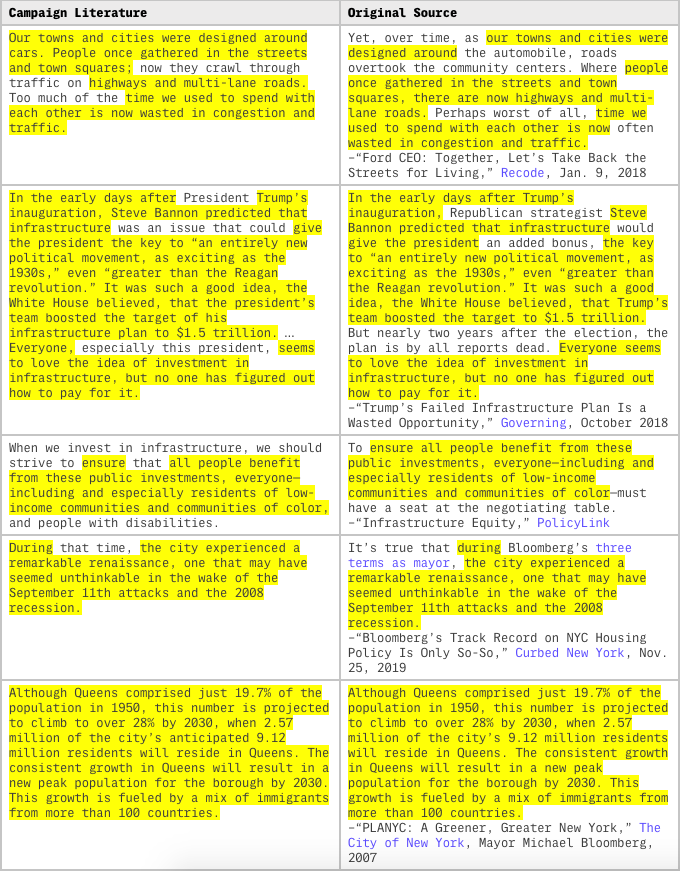 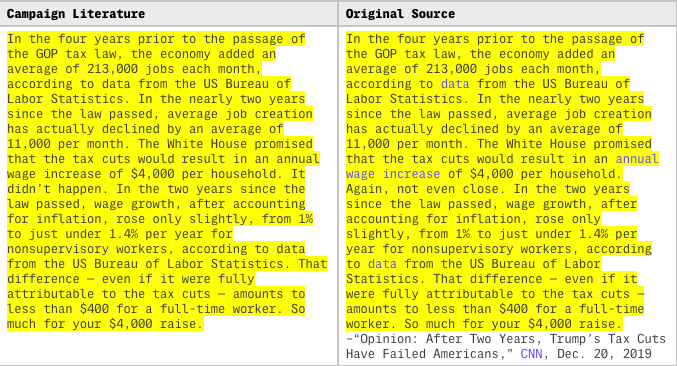 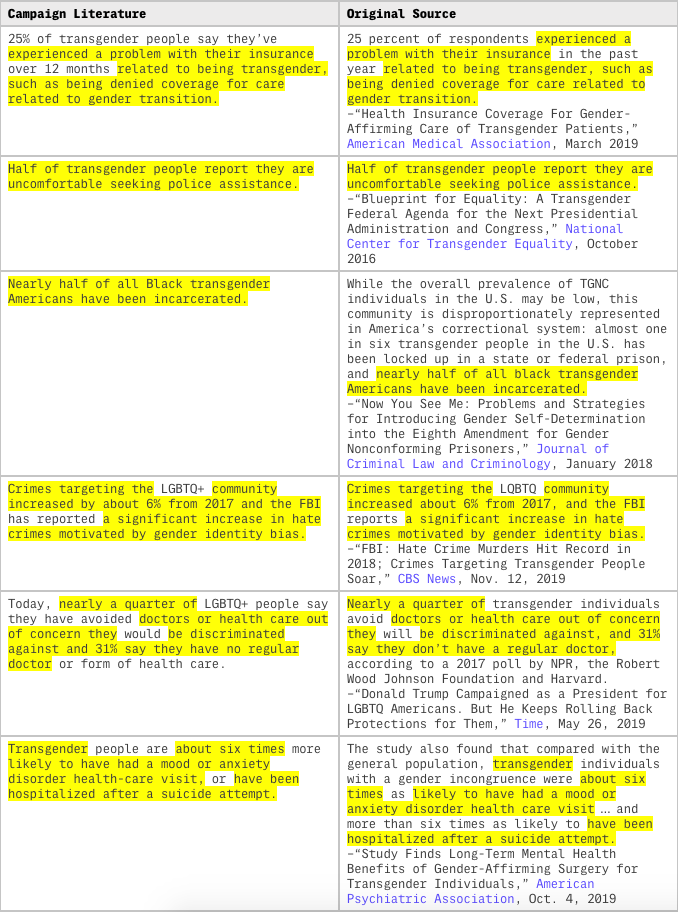 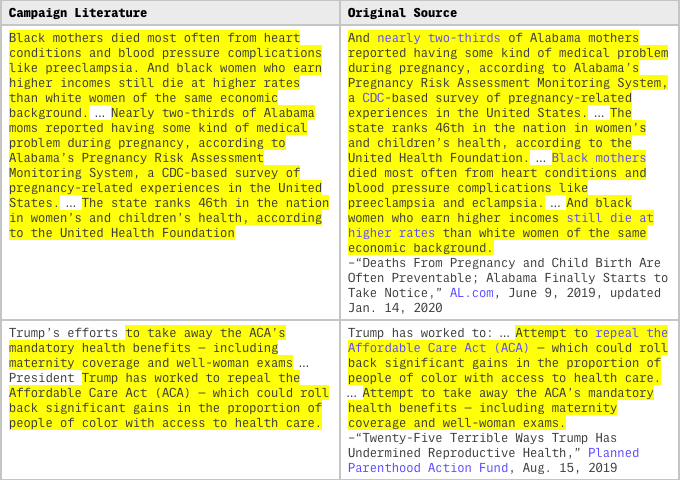 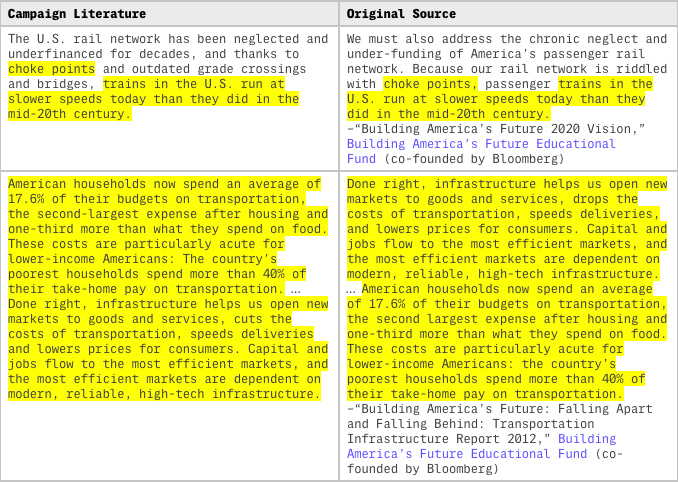 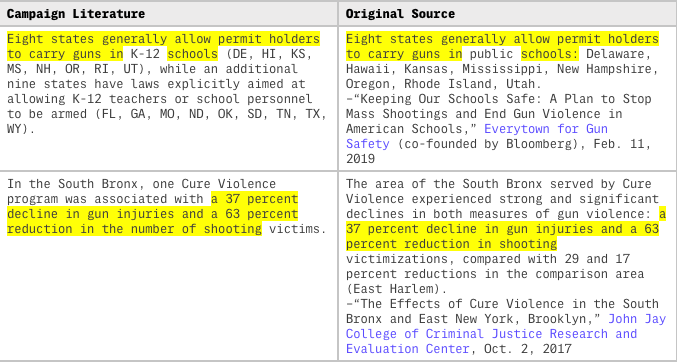