Based on the facts, U.S. Transportation Security Administration pat-downs and naked body scans belong at drug company factories, doctors’ offices, and drug stores, rather than at American airports. 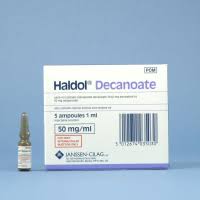 A new report published in the British Medical Journal has found that dangerous antipsychotic drugs are responsible for killing at least 1,800 dementia patients a year, which means that more people are killed by U.S. Food and Drug Administration (FDA) approved dementia drugs every two years than died in the 9/11 terrorist attacks.

In the end, it was confirmed by the team that the use of antipsychotics by dementia patients is responsible for a surge in drug-related deaths, presumably as a result of negative side effects both internally to the body, and externally in the form of altered behavior. The findings also confirmed previous ones that identified an uptick in at least 1,800 additional deaths a year as a result of dementia patients taking antipsychotic drugs.

“For a minority of people with dementia, antipsychotics should be used, but then only for up to 12 weeks, and under the correct circumstances,” said Dr. Anne Corbett, research manager at the Alzheimer’s Society, commenting on the research. “For the majority (of patients), they do far more harm than good.”

These 1,800 deaths, of course, are just the additional deaths caused by antipsychotic drugs when they are used for off-label purposes in those with dementia, which means there are tens of thousands — and perhaps even hundreds of thousands — of deaths every year in other patients taking antipsychotics for other purposes. This means that far more people die every single year than have ever died from so-called terrorist attacks.

According to the 2003 report Death by Medicine, which was authored by Drs. Gary Null, Carolyn Dean, Martin Feldman, Debora Rasio, and Dorothy Smith, more than 783,000 people in the U.S. die every year as a result of conventional medicine, which is more than 261 times more than the number who died on 9/11 (http://www.naturalnews.com/009278.html).

You can read the entire Death by Medicine report here:
http://www.webdc.com/pdfs/deathbymedicine.pdf

So with all this in mind, why is the U.S. government’s primary concern about terrorism these days when far more people die as a result of government-sanctioned medicine every single year?

This article was also published at Natural News.