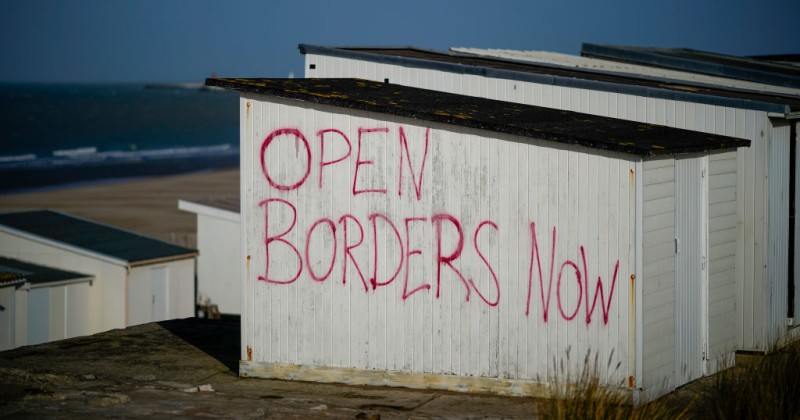 The Sudanese migrant found dead on a beach in Calais after trying to reach the UK who the media reported was 16-years-old is actually 28-years-old according to travel documents seen by French authorities.

After their small dinghy capsized while trying to reach the UK, the migrant’s friend told rescuers that Abdulfatah Hamdallah was 16 and this became the main detail of the story when it was subsequently reported on by the media.

Now that all appears to have been a fabrication.

One of the shovels the migrants used as oars to steer the boat punctured the flimsy vessel and the two fell into the sea, according to investigators.

The pair had been living in the migrant ‘Jungle’ camp for two months before attempting to reach the UK, presumably to take advantage of the country’s more sympathetic asylum and welfare system.

BREAKING: The “16-year-old boy” who drowned off the Calais coast yesterday was actually a 28-year-old man named Abdulfatah Hamdallah

“Philippe Sabatier, Boulogne-sur-Mer’s deputy public prosecutor, said a travel document being carried by Mr Hamdallah gave his age as 28,” reports the Independent, which chose not to carry this rather important detail in the headline of their story.

Over 4,000 migrants have arrived on the south coast of England illegally via boat so far in 2020, with many of them enjoying a de facto taxi service and taxpayer funded hotel accommodation while they wait for their asylum claims to be processed.

Given that the migrant’s death was one of the top stories across the western media, we expect the same outlets who reported his age inaccurately to push the narrative that “children” arriving illegally to the UK in boats need to be given asylum on compassionate grounds to devote the same attention to correcting their error.

Or maybe not. Don’t hold your breath.