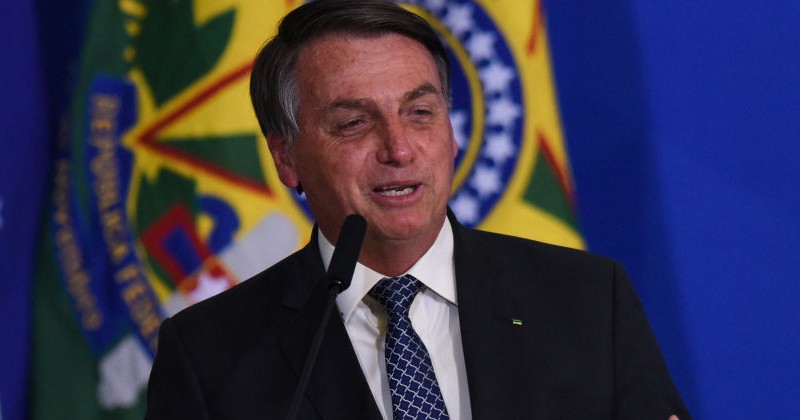 Brazilian President Jair Bolsonaro renewed his attack on journalists today while discussing coronavirus, telling them, “when one of you fat-asses catches it, the chances of survival are far less.”

The comments were made a day after Bolsonaro threatened to punch a reporter for quizzing him about accusations his wife, the first lady, had received money from a political operative who is the subject of a corruption investigation.

During an event called ‘Brazil Beating COVID’, the president launched a stinging rebuke on journalists who have consistently trashed his coronavirus policies.

“But when one of you fat-asses catches it, the chances of survival are far less. You only know how to use your pens malevolently,” he said.

Bolsonaro also used the event to tout the benefits of hydroxychloroquine, telling doctors who had followed his recommendation to use the drug to treat COVID victims that they had “saved thousands and thousands of lives.”

“If hydroxychloroquine hadn’t been politicized, a lot more lives could have been saved,” he added.

While the western media almost entirely only ever reports negative things about Bolsonaro, his success in fighting violent gang-related crime and murders, fulfilling his election promise, means he remains popular amongst many Brazilians.

Bolsonaro caught coronavirus himself last month but said he was able to recover quickly thanks to his past as an “athlete” in the army.

The Brazilian president also credited hydroxychloroquine for aiding his recovery from the virus.