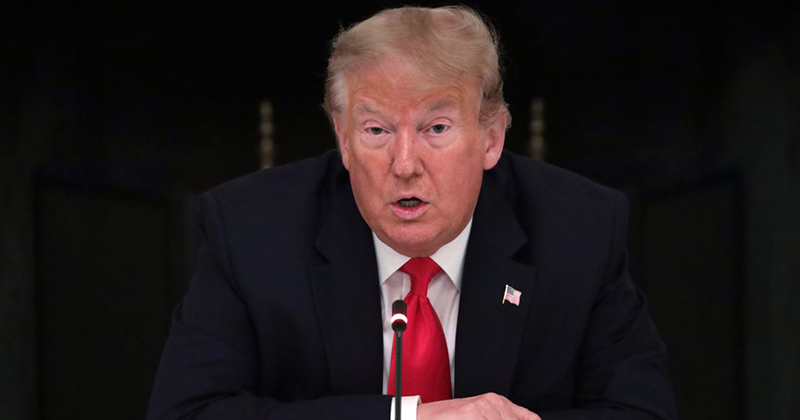 In John Bolton’s upcoming memoir, the former White House national security adviser makes the claim that President Donald Trump called journalists “scumbags” and suggested that they should be “executed,” according to The Hill.

Bolton claims that President Trump made the remarks, where he reportedly said, “These people should be executed. They are scumbags,” during a meeting in New Jersey last summer, before the former national security adviser was released from his role in September.

A lawsuit was filed Tuesday by the Trump Administration to block the publication after it was argued that the memoirs contained classified information–despite being redacted in parts.

Trump’s tempestuous relationship with the media has smoothed out in recent months following lengthy smear campaigns by the mainstream media during the run up to the 2016 elections and the beginning of his first term as US President.

Calls on social media to suspend the President’s account for “hate speech” or peddling “fake news” have reverberated throughout certain circles.

On Thursday evening, President Donald Trump uploaded a video to Twitter showing two toddlers running down a sidewalk, with a mock CNN lower-third superimposed across the screen that claimed the white toddler was racist and chasing the black toddler.

In the obviously satirical meme, emblazoned with creator Carpe Donktum’s name in the corner, dramatic video plays as the two small children run down the sidewalk together, set to dramatic music, with text on the lower-third claiming “BREAKING NEWS: Terrified toddler runs from racist baby” next to the CNN logo.

If the concept were not enough for viewers to acknowledge the video to be satirical in nature, the lower-third contains only two sections compared to the three used by CNN, and also contains exclusively black text, while CNN uses white and black text, and uses a font completely dissimilar to the font used by the cable network.

Many have queried the media’s credibility after several contrived narratives in accordance with political ideology were fomented by the press–that were later proven to be hoaxes, untrue, or half-true.