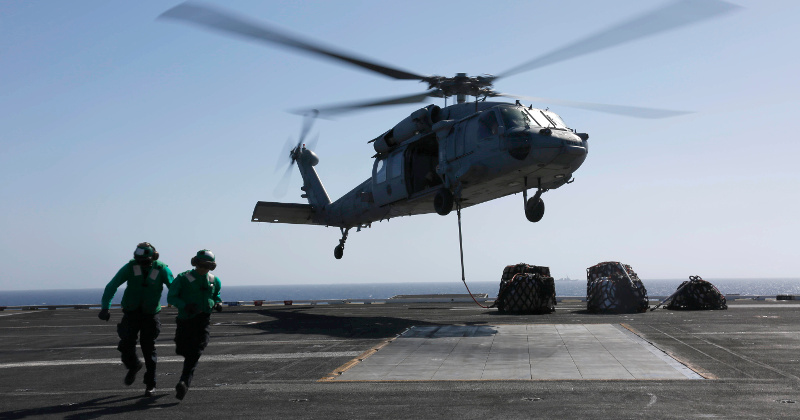 Tehran was ‘most likely’ responsible for sabotaging oil tankers off the coast of the United Arab Emirates two weeks ago, National Security Advisor John Bolton has alleged.

He did not provide evidence to support the accusation.

Bolton claimed on Wednesday that Iran was “almost certainly” behind an attack that targeted four oil tankers off the coast of Fujairah.

The Vietnam Veterans Memorial in Boston’s Dorchester neighborhood was vandalized by a suspect who drew swastikas on monuments, threw American flags in a creek and ripped bushes from the earth.

Speaking to journalists at a press briefing in the Emirati capital of Abu Dhabi, Bolton also alleged that Iran was behind a failed attack on the Saudi oil-port of Yanbu. Iran used “naval mines” to carry out the attack on the oil tankers, Bolton said, without going into details.

The accusations come just days after the Pentagon blamed Iran’s Revolutionary Guards for the attack.
The Iranian Foreign Ministry has requested more information about exactly what happened off the UAE coast, and cautioned that the incident could be a “conspiracy by ill-wishers.”

Tehran has denied any involvement in the alleged sabotage, but says it’s not intimidated by Washington’s incendiary rhetoric and military posturing.

Little is known about the alleged attack on four oil tankers. No details were provided on casualties, and the local government denied reports of an explosion at an oil terminal in a local port.

The Emirates’ Foreign Ministry described it as “sabotage” without giving any further information about its nature or the damage to vessels sailing under the Emirati, Saudi, and Norwegian flags. It has remained tight-lipped since then.

Tensions between the US and Iran are on the rise after Tehran announced that it would defy American sanctions by selling its oil on the “grey market.”

In response, the US sent a strike group to the Persian Gulf, describing the deployment as a “message” to Iran.

Owen Shroyer lays out how the Pentagon’s deployment of 1,500 more troops to the Middle East has led Russia’s foreign minister to issue a warning to the U.S. about the increased chance of a conflict breaking out in the region.