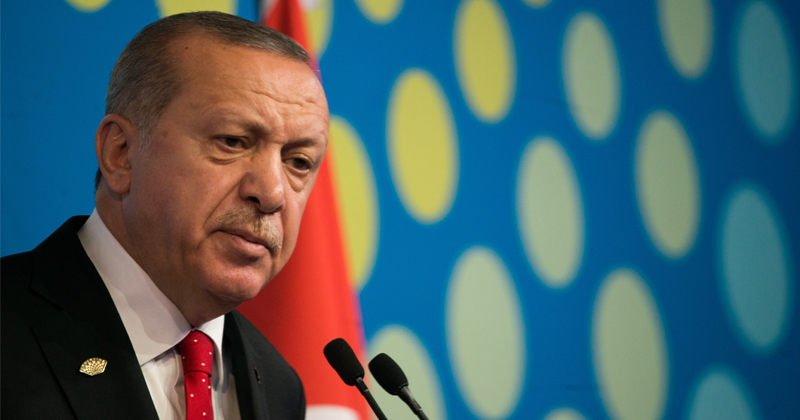 Turkish President Recep Tayyip Erdogan earlier had an article on the US withdrawal from Syria published in the New York Times. The Turkish president, while describing the Trump’s move as “the right call”, noted that the withdrawal must be planned “carefully.”

US National Security Advisor John Bolton has reportedly told Turkish officials that President Recep Tayyip Erdogan’s article, which was published on 7 January 2019, was wrong and offensive.

Bolton, who is currently on a tour of the Middle East attempting to convince US regional partners that they won’t leave them to fend for themselves in the fight against ISIS, noted that Washington would oppose any mistreatment by Turkish forces of its Kurdish allies in Syria, Reuters reported, citing an unnamed senior US official.

John Bolton didn’t believe that he had been disregarded due to the Turkish president’s refusal to meet with him, as plans for bilateral talks had not been confirmed in advance, the unnamed US senior official said.

Previously, Erdogan, while commenting on Bolton’s statement regarding a possible Turkish operation against Kurdish forces, criticized him by saying that Turkey could never compromise on the issue of the Kurdish YPG militia, as, according to the president, they had never actually fought against Daesh.

“Bolton is making a big mistake, his statement is unacceptable. Terrorist organizations do not represent Kurds. Those who spread lies about Turkey killing Kurds in Syria are trying to play on the mood of the world community”, Erdogan said during his presentation to the parliamentary faction of Turkey’s ruling Justice and Development Party (AKP).

On 7 January 2019, The New York Times published an article written by Turkish President Recep Tayyip Erdogan where he evaluated the US withdrawal from Syria, noting that Trump’s move needs to be carried out in close cooperation with “the right partners to protect the interests of the United States, the international community and the Syrian people.”

The Turkish president highlighted that Turkey is “the only country with the power and commitment to perform that task.”

In mid-December, US President Donald Trump announced the pull-out of American troops from Syria, having declared victory over Daesh — the sole reason, he said, for the soldiers presence in the Arab country.

Pompeo: “Hong Kong is No Longer Autonomous From China”