Fire officials in San Antonio, Texas, evacuated several homes and dispatched the police department’s bomb squad unit over the weekend after a harmless box of ammo was discovered under a home.

On Saturday, the San Antonio Fire Department captain, Troy Balcar, told WOAI that a family member had located a “sealed box with about 75 rounds of decades-old ammunition underneath the house.”

“He said the rounds are .40 caliber and about 40 years old, based on a date written on the box,” reports WOAI. “Half a dozen nearby homes were evacuated for about three hours.”

Captain Balcar reportedly told the NBC affiliate the ammo posed “a big danger, because they’ve been under there so long.”

“They’ve rusted, they’ve been exposed to the weather, elements outside so we definitely want to get them disposed of as quickly as possible,” Balcar said.

The family said the ammo was likely owned by a veteran who resided in the home until recently.

Astonishingly, the bomb squad had just visited the same house last week and “spent about half an hour disposing of shotgun shells found there,” according to WOAI.

Commenters on the WOAI Facebook page were quick to call out the paranoid overreaction as a waste of department resources and taxpayer money, with some calling for the “fire and bomb experts” to be fired. 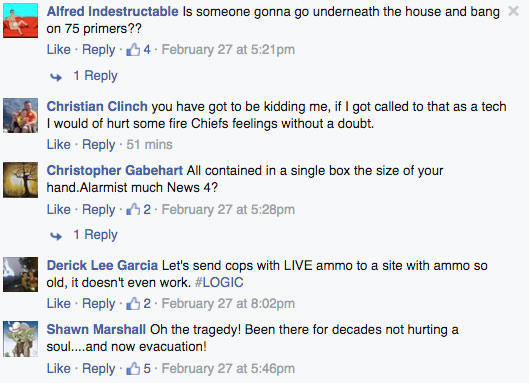 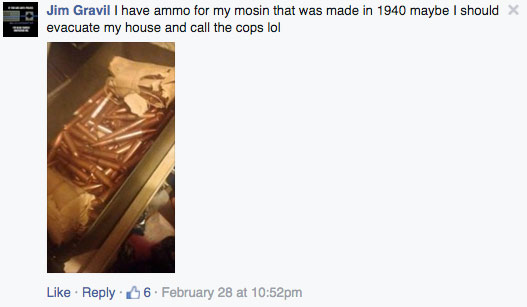 Still others pointed out the report was inaccurate because .40 cal ammunition barely appeared in 1990.