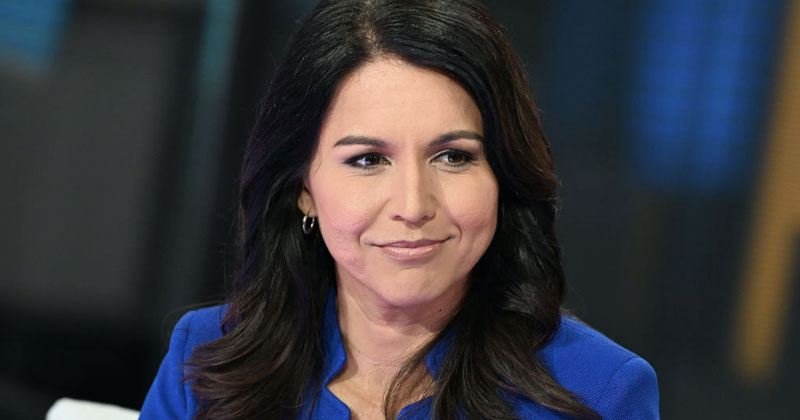 Google is blacklisting US search results on YouTube for Democrat presidential candidate Tulsi Gabbard, according to Louder with Crowder host Stephen Crowder.

In an exposé published Tuesday, Crowder broke down why he believed Gabbard was now being targeted after his team conducted search tests on her name following her viral altercation with Hillary Clinton over the weekend.

Crowder’s team noticed last Friday that Gabbard’s channel only appeared when using a VPN (Virtual Private Network) to create an IP address outside of the United States, in this case Spain.

Gabbard’s channel did not appear on the YouTube search, however, when accessed from an IP address located in the United States.

Crowder noted Gabbard’s channel appeared as normal by Sunday, once Hillary’s “Russian-groomed asset” smears had worked their way out of the news cycle.

After @TulsiGabbard was done trending for her comments on Clinton, the United States search results returned to being the same as other countries.#YouTube2020ElectionBlacklist #CrowderExposesYoutubehttps://t.co/lAyKdoE6UD

“All this – it is hair-raisingly scary,” emphasized Crowder.

Pre-empting Google’s response that their search algorithm is customized for each user, Crowder questioned how a feature blocking a US presidential candidate’s channel was beneficial to the user experience.

“Could you please explain to me, your shareholders, and in all likelihood a congressional hearing why you believe it most appropriate in serving your audience to block the content of a United States presidential candidate exclusively in the country in which she is running?” Crowder asked.

The Crowder team made the discovery as a result of careful YouTube monitoring following their own channel’s demonetization back in June.

Crowder affirmed he does not support Gabbard’s political views, but merely wants Google to uphold free speech across the board.

Gabbard has not yet responded to the claims in Crowder’s video.

Gabbard already has a pending lawsuit against Google over their suspension of her Google Ads account the night of her appearance during the first Democrat Debate, when she was the most searched name on the platform.