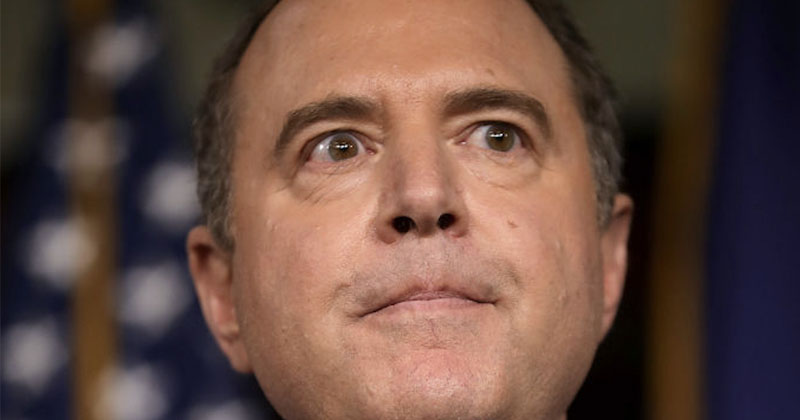 The damning report reveals that the so-called “whistleblower” coordinated with Schiff’s aides before the complaint was filed, and that he also failed to inform the Republican-controlled Senate Intelligence Committee, suggesting a partisan motive.

The Democratic head of the House Intelligence Committee, Representative Adam B. Schiff of California, learned about the outlines of a C.I.A. officer’s concerns that President Trump had abused his power days before the officer filed a whistle-blower complaint, according to a spokesman and current and former American officials.

The C.I.A. officer approached a House Intelligence Committee aide with his concerns about Mr. Trump only after he had had a colleague first convey them to the C.I.A.’s top lawyer. Concerned about how that initial avenue for airing his allegations through the C.I.A. was unfolding, the officer then approached the House aide. In both cases, the original accusation was vague.

The whistle-blower’s decision to offer what amounted to an early warning to the intelligence committee’s Democrats is also sure to thrust Mr. Schiff even more forcefully into the center of the controversy.

President Trump called the breaking story a “scandal” during a press conference with Finnish President Sauli Niinistö on Wednesday, adding that Schiff likely helped the “whistleblower” write the complaint.

The report comes after it was revealed this week that Schiff’s aide flew to Ukraine – sponsored and organized by the Soros-backed Atlantic Council – just days after the whistleblower complaint was filed.

It also contradicts Schiff’s remarks last month where he insisted he hadn’t spoken to the “whistleblower” before the complaint was filed.

“We have not spoken directly with the whistleblower,” he said. “We would like to.”

This is just more evidence that Schiff is spearheading the latest coup attempt to overturn Trump’s presidency.

Trump has called for Schiff to be investigated and even arrested for treason for deliberately deceiving the American people by reading a false and completely made up version of his phone call with Ukrainian President Volodymyr Zelensky discussing the origins of the 2016 Russia hoax.

Rep. Adam Schiff illegally made up a FAKE & terrible statement, pretended it to be mine as the most important part of my call to the Ukrainian President, and read it aloud to Congress and the American people. It bore NO relationship to what I said on the call. Arrest for Treason?

President Trump is taking action against the deep state operatives attempting to overthrow the will of the American people.