On Sunday, O’Rourke told MSNBC that if elected, he would pass “red flag laws” and confiscate AK-47’s and AR-15’s by force.

“And more importantly, and politically difficult to say, buy those weapons of war back — mandate that — not voluntarily. Let’s be clear with our fellow Americans. No place for an AK-47 or an AR-15 on the streets of our communities,” he declared.

Profanity is not the f-bomb. What is profane is a 17 month-old baby being shot in the face. pic.twitter.com/mUuK12Rxbp

In Charlottesville, Virginia on Sunday, Beto was asked how he’d reassure people who are afraid the government would take their “assault weapons” away, and instead of “reassuring” them, he warned them they would indeed have to give up their rifles.

“I want to be really clear that that’s exactly what we are going to do,” he said. If you own an AK-47 or AR-15, “you’ll have to sell them to the government.”

We need to buy back every single assault weapon. https://t.co/06UhoUGrzD

During a Cedar Rapids, Iowa campaign stop on Monday, Joe Biden also addressed the Second Amendment, saying, “the idea that we don’t have elimination of assault-type weapons,” whatever that means, “magazines that can hold multiple bullets in them,” which is every magazine on the planet, “is absolutely mindless.”

“It is no violation of the Second Amendment, it’s just a bow to the special interests of the gun manufacturers and the NRA,” he finished.

Biden also voiced his anger at the state of Texas for loosening its gun laws in the face of the latest mass shooting.

“And we’re talking about loosening access, to have guns, to be able to take them into places of worship, I mean, it is absolutely irrational. It’s totally irrational,” he said.

Even Democrat presidential hopeful Julian Castro gave his two cents, saying, “Often times it’s actually hunters and folks that shoot on a range that understand that you don’t need these weapons of war.”

However, pro-gun talk show host Dana Loesch countered his statement, saying, “A bolt action rifle then is a ‘weapon of war.’ So is a 9mm handgun. The purpose of this shift in terminology is to graduate towards a full ban of all semi auto firearms.”

A bolt action rifle then is a “weapon of war.” So is a 9mm handgun. The purpose of this shift in terminology is to graduate towards a full ban of all semi auto firearms. https://t.co/ARfhJaYewq

Make no mistake, when it comes to firearms, the 2020 Democrat agenda is confiscation.

These uninformed Democrats are either too dumb to understand the ramifications of their suggested action, or they actually want a civil war. 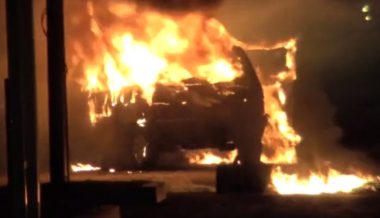 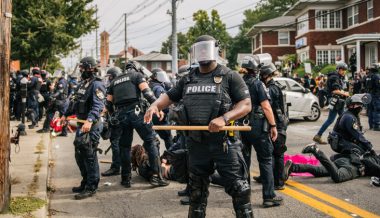