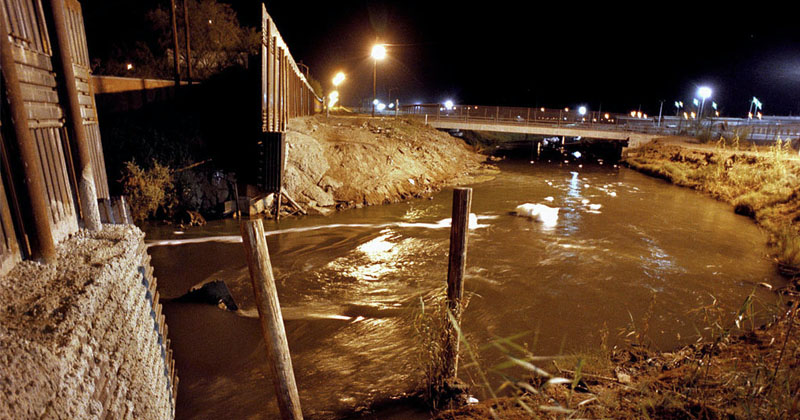 IMPERIAL BEACH, California — Raw sewage teeming with toxic chemicals dumped in Mexico’s northern border city of Tijuana has been flowing for decades into the United States while local, state, and federal authorities in both countries have failed to prevent it. Now, those on the front lines of this crisis are saying enough is enough.

Unrestrained run-offs of ugly green and brown liquids have caused both figurative and literal headaches for U.S. Border Patrol agents assigned to the Tijuana River Valley, a stretch of land south of San Diego from where the Tijuana River flows north from downtown Tijuana into California and then west to the Pacific Ocean.

Some of the sewage is intentionally dumped in Mexico with the full knowledge that it will end up as a gruesome export to the United States.

“It’s been, like, 20 years it’s been a problem, but not until recently the residents of Imperial Beach are telling the politicians they need to do something about this beachfront property … We’ve been dealing with it for decades,” said Ralph DeSio, regional spokesman for Border Patrol’s parent agency, U.S. Custom and Border Protection.

The smell — even on a sunny day when pools of water have dried up — is unforgettable. The liquid and soil the sewage runs through are also comprised of unsafe levels of toxic chemicals.

CBP commissioned a six-month study, published earlier this year, of 42 samples from the river and two culverts during dry, wet, post-rain, and standing water conditions.

Dr. Nick Begitch breaks down the hijacking of American’s rights to actually own land, and how citizens can enact rights they may not know about.