While the Obama administration allows tens of thousands of violent illegal immigrants to go free in the United States without deportation every year, an American woman and her two children were terrorized by Border Patrol agents who threatened to taser her if she did not consent to a search of her vehicle before slashing her tires.

The video clip above, posted by the ACLU, describes the experience of Clarisa Christiansen, who has lived in the Sierrita Mountains near Tucson, Arizona for 18 years with her family, which now includes her 5-year-old son and 7-year-old daughter.

“Then he comes up to my seatbelt, pulls out a knife and says, “Ma’am, do I need to cut you out of your seatbelt?” and I was like, “No, you don’t need to do anything like that.” I was like, “All you need to do is tell me why you pulled me over, you know? This is ridiculous. I got 2 young kids in the car,” said Christiansen.

“Then he took the keys from my ignition and I was forced to get out of my vehicle. If I didn’t get out of the vehicle, I felt like this man that was threatening to tase me and cut me out of my seatbelt was going to hurt me. I told my kids to stay where they were, because they were like, “Mommy, what’s going on? Where are you going?” and I was like, “Just stay where you are and just watch.”

The video does not explain whether or not Christiansen eventually consented to the search of her vehicle, although it does add that Border Patrol agents deliberately slashed her tire with a knife, presumably as a form of retaliation against the fact that Christiansen did not immediately comply with their demands.

While Americans are increasingly finding themselves on the receiving end of Border Patrol harassment, actual illegal aliens are being treated better than ever before. A recent report by the Center for Immigration Studies found that the Obama administration, “Has allowed tens-of-thousands of violent illegal aliens to go free inside the United States and without deportation,” with 68,000 released in 2013.

The Department of Homeland Security now considers any area within a 100 mile radius of the entire US border to be what the ACLU has described as a “constitution free zone,” where 4th amendment legal protection from unconstitutional searches and seizures does not apply. 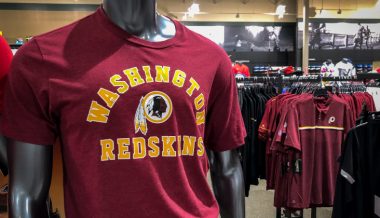