The Boston Police Department is on edge in the run-up to the 2014 Boston Marathon, and their sights are set on nefarious-looking kitchen appliances.

This morning, the Boston bomb squad jumped when someone phoned in a tip concerning a “pressure cooker left unattended” in an East Boston neighborhood.

“A member of the bomb squad set up a disruption device near the pressure cooker and a few minutes later it was blown up,” CBS Boston reports, adding that “No one was hurt.”

The kicker, of course, is that the cooker was empty, but that didn’t stop a nearby school from going into “safe mode,” nor did it stop police from commenting that abandoned pressure cookers pose a huge public safety hazard.

“People are sensitive to this,” Boston Police Capt. Kelley McCormick stated. “We’ve had a lot of people go through a serious crisis this year with pressure cookers. It’s no joke. We don’t take it as a joke. We’ll never take it as a joke.”

Pressure cookers have come to be regarded with an extra degree of scrutiny after police say two of them were used as explosives during last year’s marathon. Picture or video illustrating this, however, has not been made public.

So far, this is the only picture the FBI and the media have publicized, a black bag in tatters. 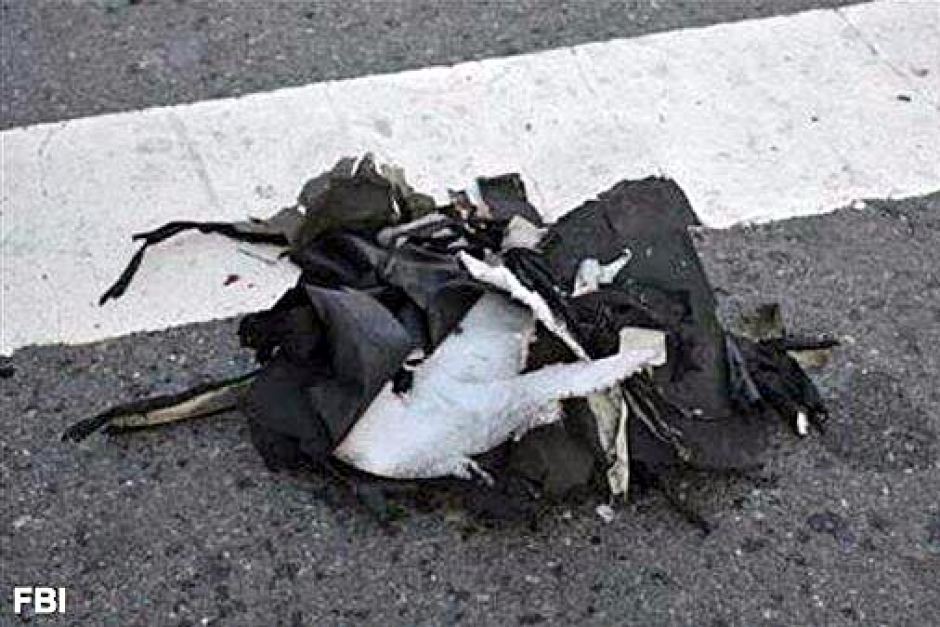 Yet this is the justification used to instill a fear of small home appliances.

Video showing the two brothers suspected of bombing the marathon actually placing the bombs has also failed to materialize, although Mass. Gov. Deval Patrick, who also admitted he hadn’t seen the video, is confident it shows “clear involvement.”

Members of the Massachusetts National Guard were also recently told they would not be allowed to wear backpacks during this year’s Boston Marathon, something members have been doing for the past decade, again illustrating how supposed terror attacks are used as pretexts to curtail freedoms.

Despite the heightened paranoia over electric cooking devices, the run is still scheduled to take place on April 21.