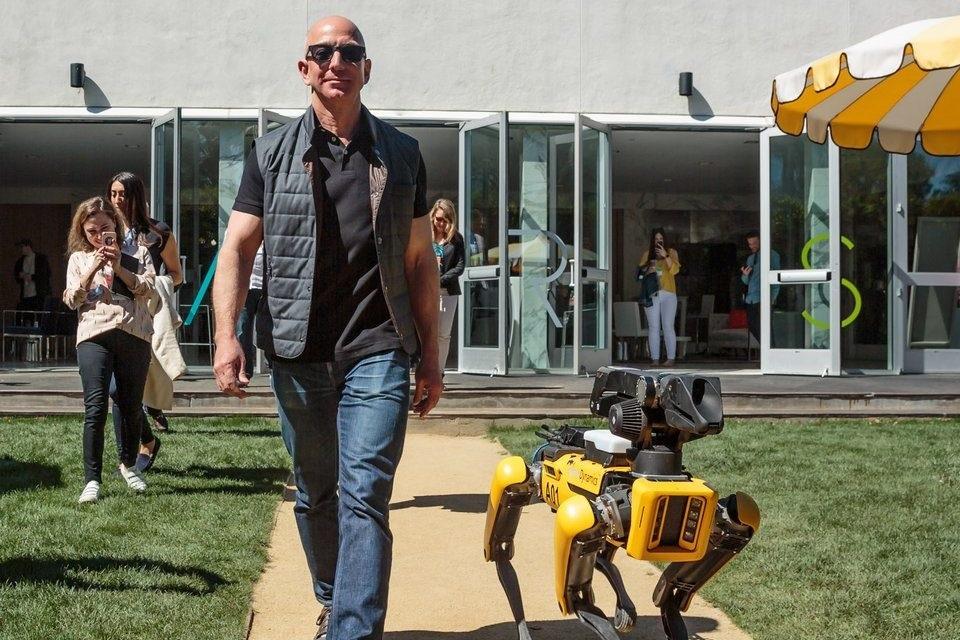 Boston Dynamics will begin selling its creepy robot dogs to the public “within months,” according to CEO Marc Raibert, who told The Verge “We’re just doing some final tweaks to the design” after “testing them relentlessly” – hopefully to obey the three laws of robotics.

Spot is currently being tested in a number of “proof-of-concept” environments, Boston Dynamics’ CEO Marc Raibert told The Verge, including package delivery and surveying work. And although there’s no firm launch date for the commercial version of Spot, it should be available within months, said Raibert, and certainly before the end of the year. –The Verge

Raibert brought the company’s ‘Spot’ dogs to Amazon’s Re:MARS conference in Las Vegas this week, an event focused on machine learning, advanced robotics and space exploration. On the first day of the event, two Boston Dynamics employees trotted out a pair of Spots to dazzle the crowd, and freak out a police dog (until a toy offering was deemed sufficient for friendship). (photos via The Verge)

One Spot robot mounted with 3D cameras can map their environment and perform tasks such as track worker progress or identify hazards at construction sites. Models equipped with a robot arm can also open doors and manipulate objects.

Despite minor technical difficulties, the event went well for Boston Dynamics – owned by Japan’s SoftBank. One thing was clear; these dogs are really easy to control.

Using a D-pad, you can steer the robot as you would any RC car or mechanical toy. A quick tap on the video feed streamed live from the robot’s front-facing camera lets you select a destination for it to walk to, and another tap lets you assume control of a robot arm mounted on top of the chassis. It all feels very intuitive. –The Verge

According to Raibert, Boston Dynamics will be selling “athletic intelligence” through its robots.

Think of it like Amazon’s AWS business, but instead of offering computing power on tap, its robotic mobility.

The vast majority of bots in use in warehouses and factories today are only able to perform rote tasks, planned in advance down to the millimeter. But if robots are going to work alongside humans in more dynamic environments, they need to be able to react to hazards and changing conditions. These are eminently humans skills: tasks we complete without thinking — like catching a ball — but that stump all but the most advanced bots.

Onstage, Raibert demonstrated these skills by showing a video of Spot robot being frustrated in its attempts to open a door. The robot grapples at the door handle only to be shoved away by an engineer with a hockey stick. “We think this is one of the most important things we do,” said Raibert. “The [robots] can tolerate deviance around expected behavior.” –The Verge

At present, several construction companies in Japan are testing Spot to oversee the work progress on sites. “There’s a remarkable number of construction companies we’re talking to,” said Raibert, adding “But we have some other applications that are very promising — [including] in hostile environments where the cost of having people there is high.”