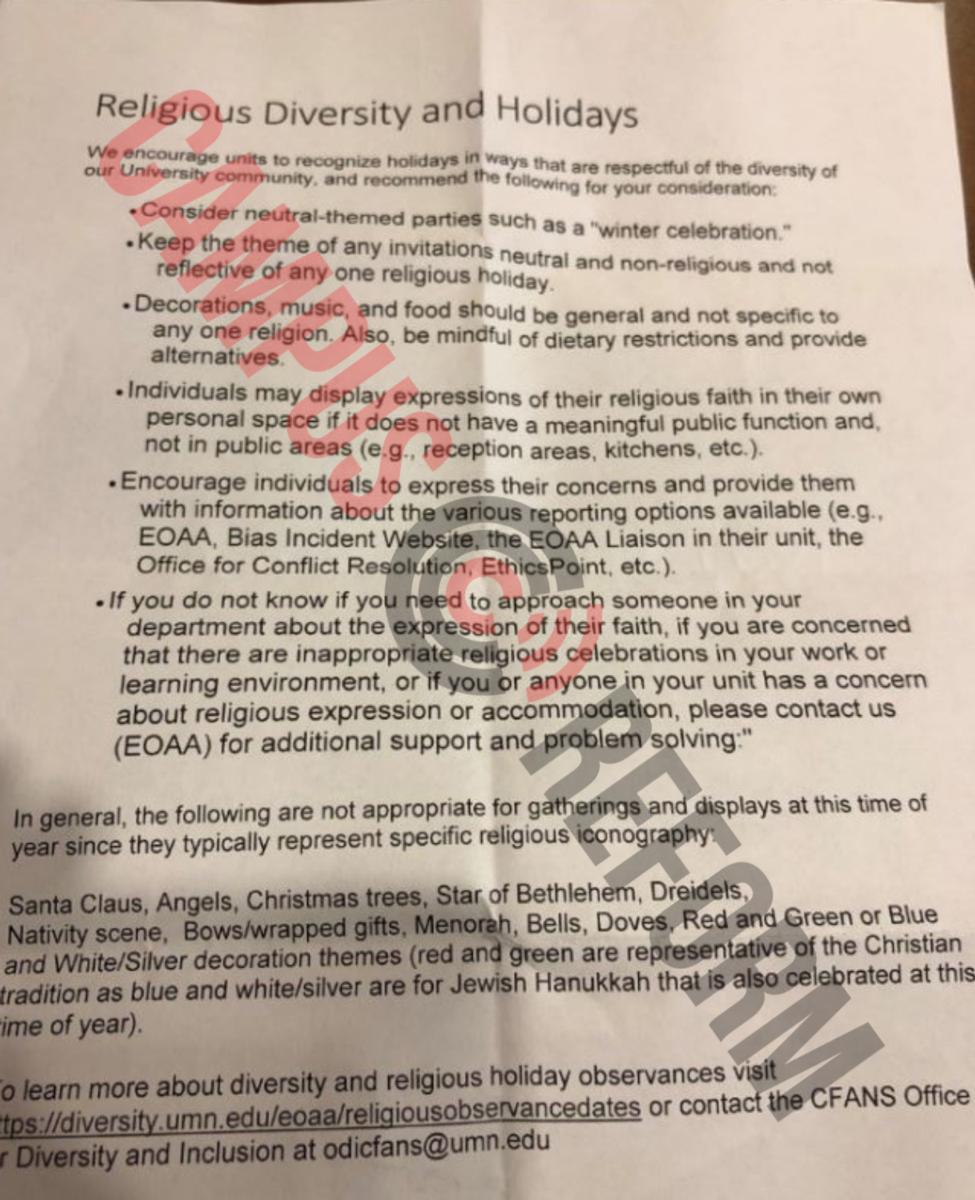 An academic department at the University of Minnesota declared that “bows/wrapped gifts” are “not appropriate for gatherings and displays at this time of year.”

According a copy of the guidelines obtained by Campus Reform, UMN’s College of Food, Agricultural, and Natural Resource Sciences (CFANS) encouraged its employees “to recognize holidays in ways that are respectful of the diversity of our community,” recommending a series of steps to take.

“Consider neutral-themed parties such as ‘winter celebration,’” the flyer suggests, adding that “decorations, music, and food should be general and not specific to any one religion.” 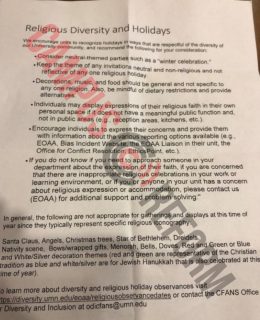 The guidelines go on to say that individuals “may display expressions of their religious faith in their own personal space if it does not have a meaningful public function,” and not “in public areas,” such as “reception areas” or “kitchens.”

Additionally, CFANS claims that “in general,” numerous holiday items are “not appropriate for gatherings and displays at this time of year since they typically represent specific religious iconography,” including “Santa Claus, Angels, Christmas trees, Star of Bethlehem, Dreidels, [and the] Nativity scene.”

“Bows/wrapped gifts,” along with the “Menorah, Bells, Doves, Red and Green or Blue and white/silver decorations” are also discouraged.

According to the flyer, “red and green are representative of the Christian tradition as blue and white/silver are for Jewish Hanukkah that is also celebrated at this time of year,” and so both should be reconsidered.

Susan Thurston Hamerski, media contact for CFANS, informed Campus Reform that the guidelines were used for conversation among faculty and staff, claiming they are “not policy” and “not for distribution.”