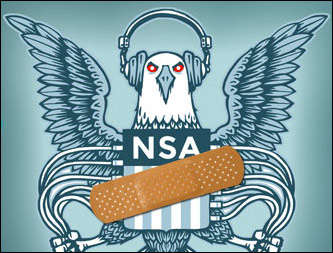 On November 7th, Brazil and Germany jointly proposed a preliminary version of a resolution on online privacy at the UN General Assembly. At a time when public outrage over the reach and scope of U.K. and U.S. mass surveillance is at an all time high, the draft resolution is the first official recognition by the UN of the threat that mass surveillance poses to human rights. The draft resolution is significant in many respects but particularly because it condemns “human rights violations and abuses that may result from the conduct of any surveillance of communications, including extraterritorial surveillance of communications… in particular massive surveillance.”

The draft resolution calls upon all states:

• To end privacy violations and prevent further privacy incursions and ensure that national laws, practices and procedures conform to existing international human rights obligations,
• To establish independent national oversight mechanisms capable of maintaining transparency and accountability for state surveillance of communications,
• Requests the United Nations High Commissioner for Human Rights to submit a report to the General Assembly on the protection of the right to privacy.

If adopted, this will be the first General Assembly resolution on the right to privacy since 1988. This represents an excellent opportunity for states to update their understanding of international human rights law in the context of the massive technological developments that have taken place over the last 25 years.

While introducing the draft resolution, the Permanent Mission of Germany to the United Nations New York drew attention to the 24th session of the U.N. Human Rights Council (HRC) side event organized last September by Germany and Norway. During this meeting, member states engaged in a robust debate of online surveillance. EFF, Privacy International, Human Rights Watch, Access, APC, Article 19 and a coalition of 290 NGOs presented formally the International Principles on the Application of Human Rights to Communications Surveillance, a set of principles that provide States with a framework to evaluate whether current or proposed surveillance laws and practices are consistent with human rights. These principles have been cited in the new Mexican telecom reform bill, in op-eds and editorials in different countries, refered by policy makers in Sweden and the United Kingdom, and translated in more than 31 languages. During the 24th HRC, we also submitted an official statement calling on states to ensure that advances in technology do not lead to disproportionate increases in states’ interference with the private lives of individuals.

A few weeks earlier, during the opening of the 68th session of the United Nations General Assembly, the Brazilian President, Dilma Rousseff, made clear the indignation and repudiation in public opinion around the world regarding the revelations of a global network of electronic espionage:

“In Brazil, the situation was even more serious, as it emerged that we were targeted by this intrusion. Personal data of citizens was intercepted indiscriminately. Corporate information – often of high economic and even strategic value – was at the center of espionage activity. Also, Brazilian diplomatic missions, among them the Permanent Mission to the United Nations and the Office of the President of the Republic itself, had their communications intercepted.”

We hope that member states join Brazil and Germany in explicitly condemning mass surveillance by supporting the draft resolution as is currently written, and stay vigilant against watering-down of the text by countries who would continue their ubiquitous spying. Now is the time for all concerned citizens to call upon their governments to conform to the principles signed by 290 NGOs. If your organization hasn’t signed it yet, it can do so  here. It’s time to defend the Necessary and Proportionate Principles at the United Nations, and in every other regional or national policy space.