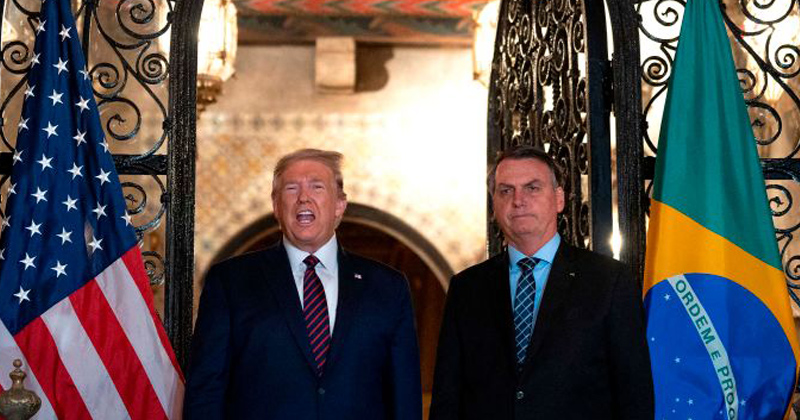 Bolsonaro entered self-isolation and was tested for the coronavirus on Thursday, the same day that his press secretary, Fabio Wajngarten was diagnosed with the deadly illness.

The Brazilian leader announced his test results on his Facebook page on Friday, just over an hour after Brazilian newspaper O Dia reported that he had tested positive. Bolsonaro followed his announcement up with a post reading “don’t believe the fake news media!”

Earlier, Bolsonaro’s son, Eduardo, had criticized the media for spreading “fake news” about his father’s diagnosis. He said that full results were unknown at the time of O Dia’s report.

Bolsonaro’s isolation and testing seemingly caused panic in Washington, with Fox reporting that senior White House officials were summoned to a meeting with acting Chief of Staff Mick Mulvaney on Friday morning. Bolsonaro and Wajngarten had met with President Donald Trump in Florida last Saturday.

Trump has insisted that he is “not concerned” by the virus, and has not been tested.

Bolsonaro is not the first world leader to isolate himself for fear of spreading the coronavirus. Canadian Prime Minister Justin Trudeau withdrew from public duties on Thursday after his wife began exhibiting flu-like symptoms on Wednesday. Sophie Gregoire Trudeau tested positive for the illness later on Thursday night.

Eduardo Bolsonaro, son of populist Brazilian president Jair Bolsonaro ran into Alex Jones at CPAC where he warned of socialism, Bernie Sanders and how the global awakening is happening and will lead to great things for freedom lovers.