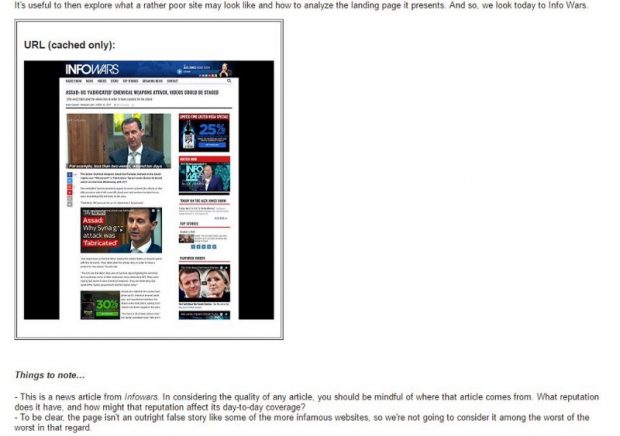 Google is backing down and has blamed a vendor for wrongfully telling its staff to rank InfoWars as low-quality content, Business Insider reported Monday.

The vendor, hired by Google, uses contractors to rate the quality of websites in order to aid the search engine’s algorithm. Leaked photos showing the vendor targeting an Infowars article were originally posted online this week by independent journalist Mike Cernovich.

Google told Business Insider that it does not order “quality raters” to target specific sites but instead gives “general rules” on how to shape the algorithm.

“Google’s spokesperson distanced the company from the contractor’s instructions, telling Business Insider that it does not instruct quality raters how to grade specific websites, but gives general rules to get unbiased feedback to improve the algorithm,” the article states.

In an official statement, Google said the specific mention of Infowars was removed from the vendor’s training module.

“In this instance, we have confirmed that a vendor we work with sent out more detailed instructions to some raters without our knowledge, which included references to specific sites,” the spokesperson said. “This is in conflict with the intent of our guidelines and the vendor has taken action to remove these references in their training module.”