This is yet another example of anti-conservative censorship by the platform that has already permanently banned Alex Jones and several others.

The first Tweet Dew was suspended for was directed at former CIA Director John Brennan who told President Trump, “Your cabal of unprincipled, unethical, dishonest, and sycophantic cronies is being methodically brought to justice…”

Dew replied, “John please close your pussy, it’s flapping in the wind again,” and was notified by Twitter that the message violated rules against abusive behavior.

“This was a joke, pussy is short for puss which is another name for a mouth. So I’m literally saying close your mouth it’s flapping in the wind. If the former director of the CIA is feeling threatened by my tweet he should #LearnToCode,” Dew responded.

See screenshots of the original tweet, the takedown notice and Dew’s rebuttal below: 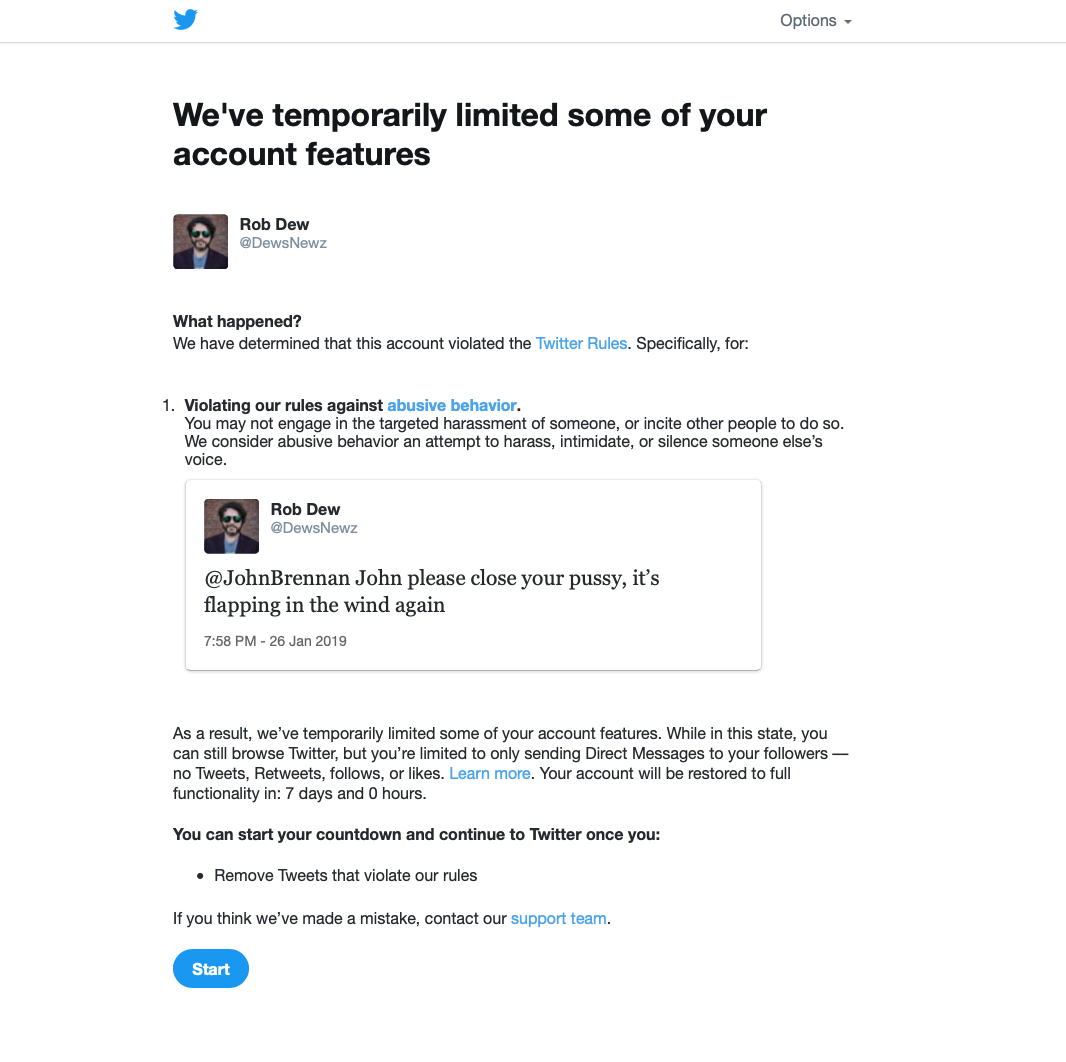 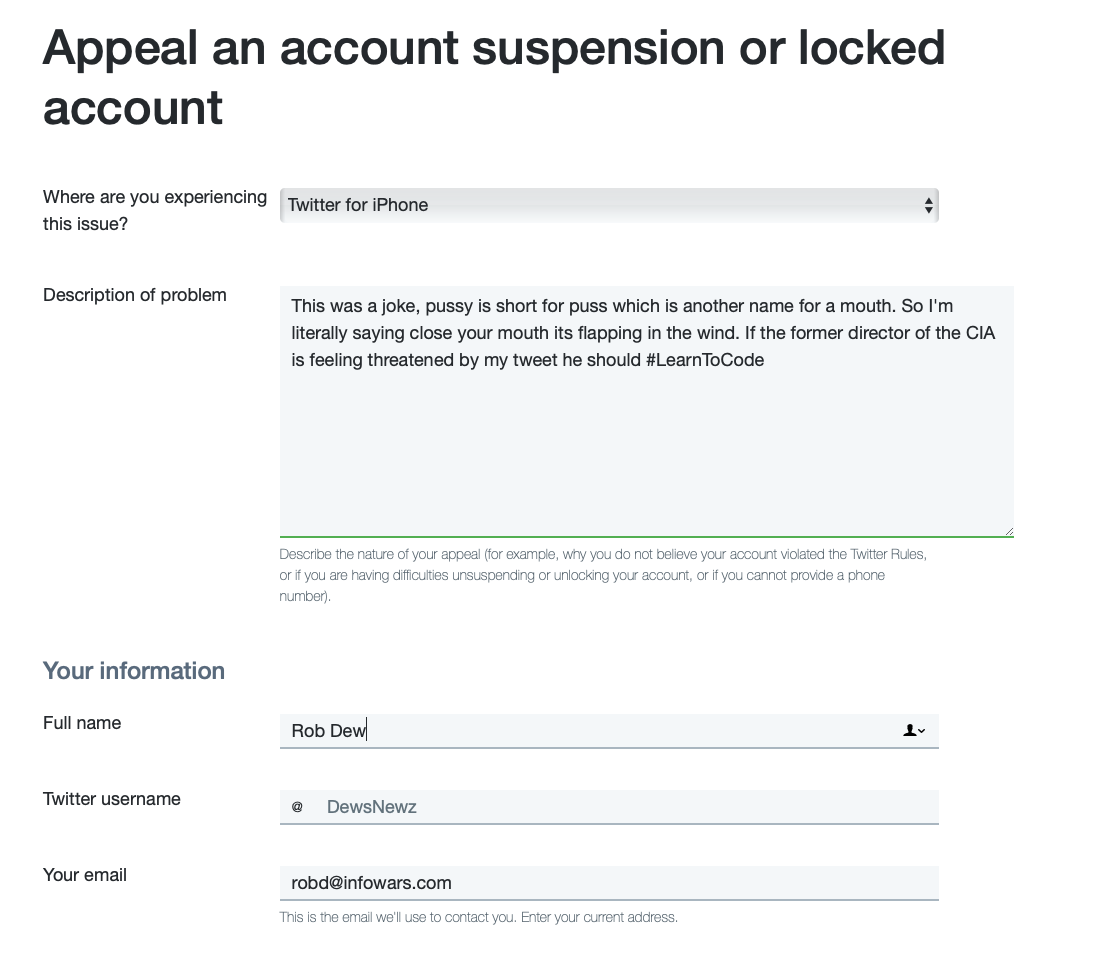 The second tweet deemed inappropriate by Twitter included the phrase, “Learn to Code,” which the left recently labeled as a slur.

For example, The Daily Caller Editor in Chief Geoffrey Ingersoll had his account suspended for tweeting “Learn to Code” at The Daily Show.

When Dew tweeted a video of a Venezuelan hit squad assassinating a citizen in the middle of the street in broad daylight, another Twitter user responded, saying, “Looks like they learned from American police shooting African Americans.”

Dew answered by stating, “police kill more whites than blacks,” followed by a link to statistics and the hashtag #LearnToCode.

After being told to remove the message by Twitter, Dew responded, writing, “This is a response to @AntoniusGlory saying that a video I retweeted of a Venezuelan gov’t death squad pulling a man out of his home a shooting him. He said, ‘Look likes they learned from American police shooting African Americans.’ I simply sent a link to a group that has been tracking deaths by police since 2000. It clearly shows more whites are killed than blacks by police. Here is the link.”

“There is nothing racist or hateful or harassing about this tweet reply I’m not sure how a link violates Twitter’s rules,” he added.

Look at screenshots of the incident below: 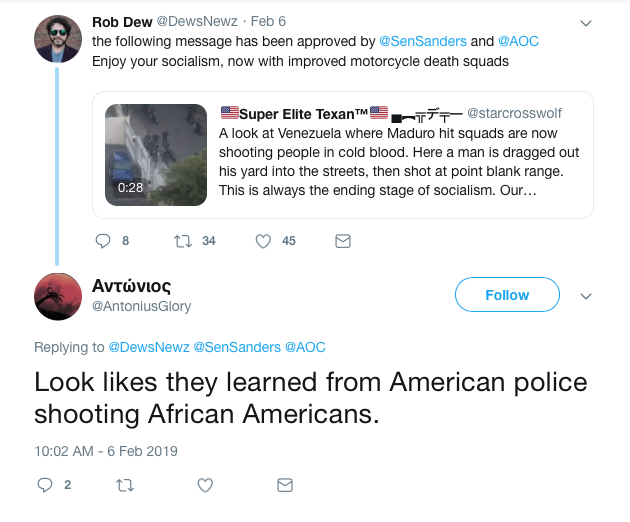 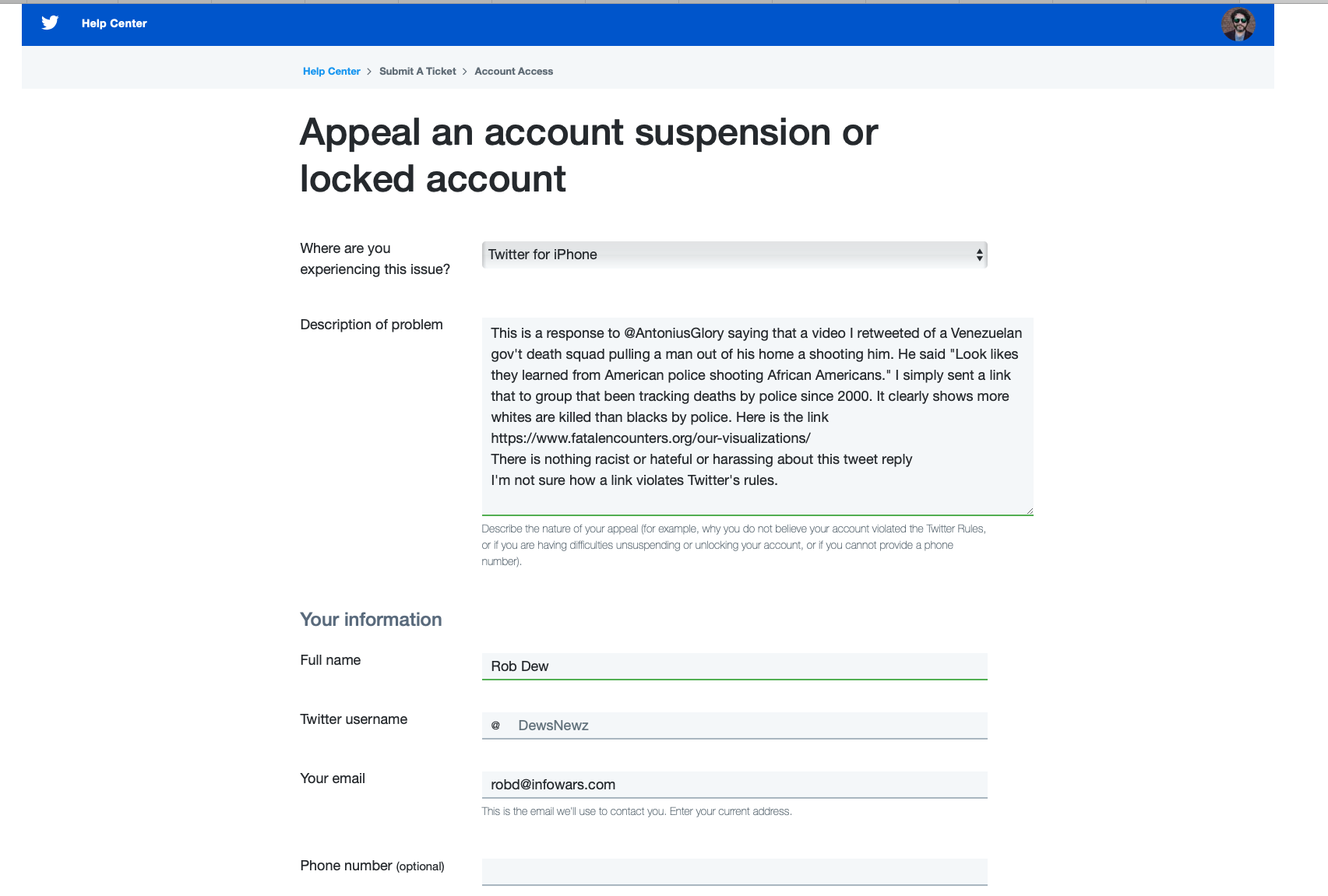 Click the image below to see dozens of Infowars articles covering the suspension of pro-Trump Twitter accounts. 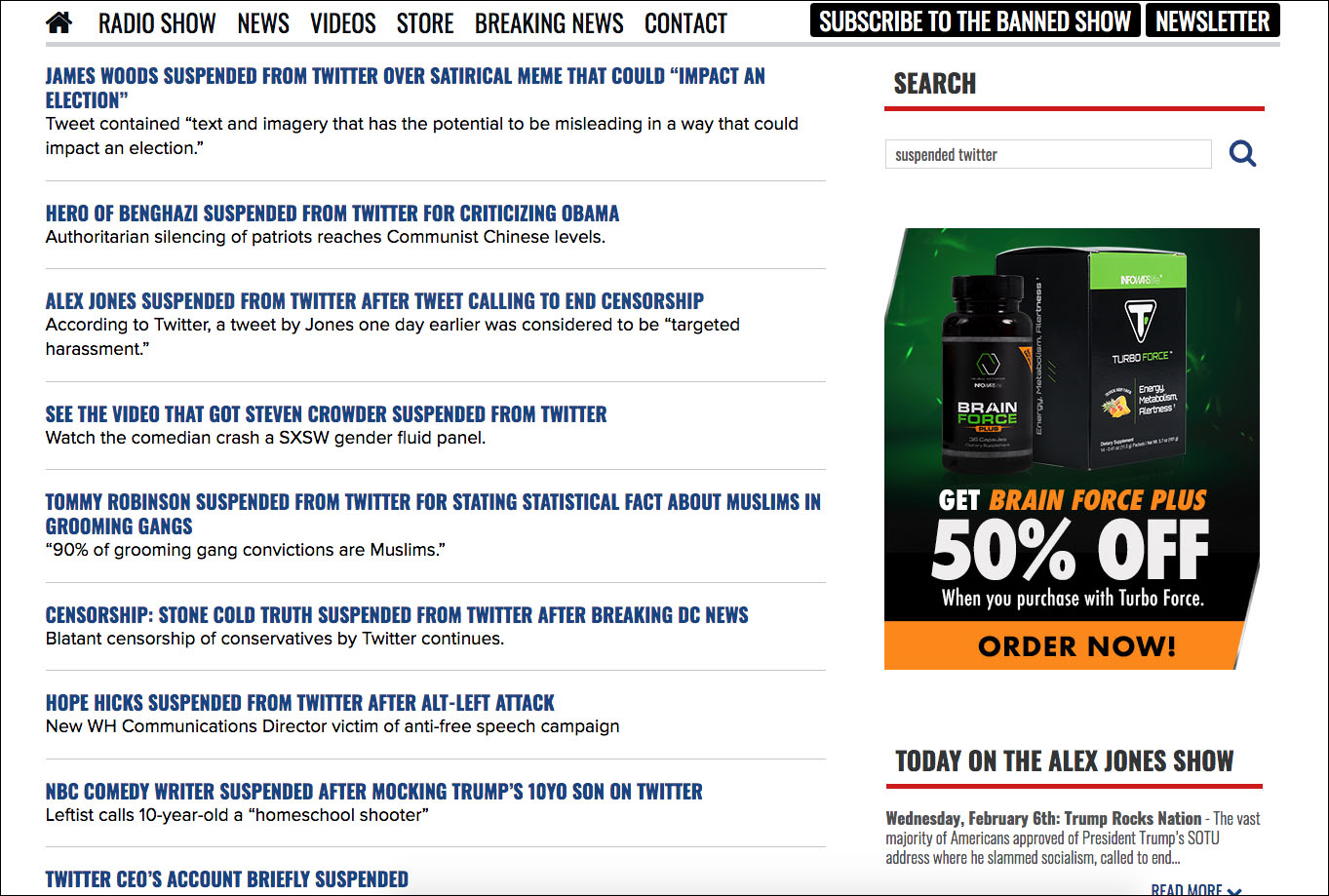