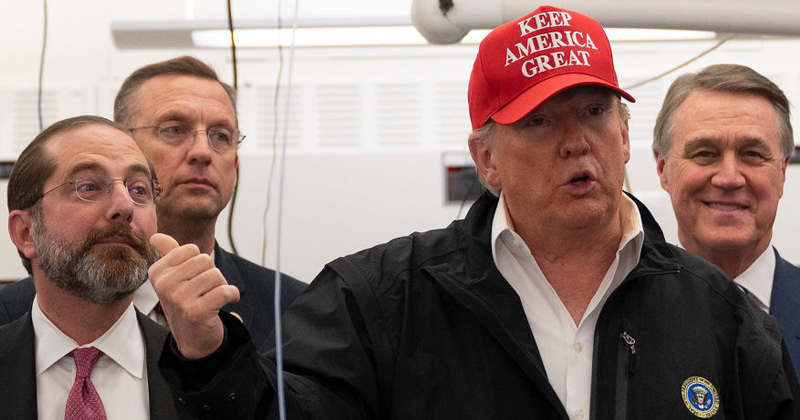 Rep. Doug Collins (R-Ga.) announced Monday he will become the third GOP lawmaker to “self-quarantine” themselves after coming into contact with an individual during CPAC who later tested positive for Wuhan Coronavirus.

This afternoon, I was notified by CPAC that they discovered a photo of myself and the patient who has tested positive for #COVID19.

While I am not experiencing any symptoms, I have decided to self-quarantine out of an abundance of caution.

In addition to this revelation, a picture on AP Images shows President Trump shaking hands with Collins at Dobbins Air Reserve Base in Marietta, Ga. on Friday, March 6. 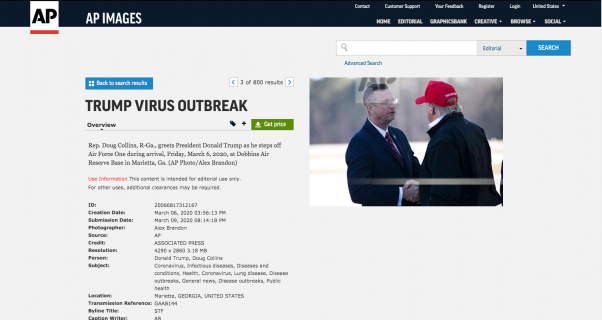 Ironically, President Trump met Collins in Georgia to attend a tour and briefing of CDC Atlanta focusing on how to best respond to coronavirus.

Besides Collins, Sen. Ted Cruz (R-Texas) and Rep. Paul Gosar (R-Ariz.) also self-quarantined themselves after they were notified of coming into contact with the individual who carried the virus at CPAC.

ACU Chairman Matt Schlapp told The Washington Post he also interacted with the infected person at CPAC and then shook Trump’s hand on the last day of the conference, however, he could not say which contact came first.

Just minutes after stepping aboard Air Force One with President Trump on Monday, Rep. Matt Gaetz (R-FL) was told he came in contact with the infected individual at CPAC as well.

Since the plane was already in route from Florida to Maryland, Gaetz sat in a section of the aircraft where he was separated from everyone else, according to reports.

Video shows Gaetz dodging a man who approached him on the tarmac after his AF1 ride.

Daily Mail reported on Monday, “A leading New York doctor and political ally of Senator Ted Cruz has gone into self-quarantine over fears he has coronavirus.”

Dr. Alan Berger, a 55-year-old gynecologist who works for NYU Langone Health, has decided to isolate himself but it’s unclear if he attended CPAC this year.

The conservative organization will not confirm his presence at this year’s event.

Will we soon hear calls to quarantine President Trump for third-person contact of a coronavirus carrier?