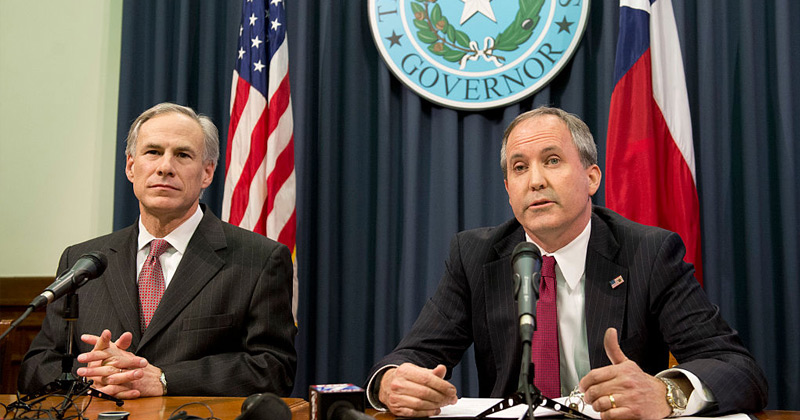 Texas’ Republican Attorney General Ken Paxton released a statement Friday confirming city and county authorities in the state cannot restrict the sale or manufacturing of firearms during a crisis like COVID-19.

GOP Rep. Dustin Burrows of Lubbock, Texas asked Paxton if city and county governments are allowed to prohibit the sale of firearms under the “Texas Disaster Act” of 1979.

“Having access to tools of self-protection, hunting and for keeping your property safe and secure is always essential. It’s even more essential for access during times of uncertainty and emergency,” Burrows explained in his statement.

Responding, Paxton cited the Local Government Code, which prohibits municipalities and counties from regulating, among other things, the transfer, possession, ownership, or sale of firearms, “notwithstanding any other law.”

“In addition,” AG Paxton wrote, “The Legislature articulated the effect of a municipal or county regulation related to the transfer, possession, ownership or sale of firearms.”

Continuing, he added, “Any attempt to adopt or enforce an ‘ordinance, resolution, rule, or policy . . . , or an official action, including in any legislative, police power, or proprietary capacity is void.'”

“Thus, municipal and county officials may not use their emergency powers under section 418.108 of the Government Code to regulate or restrict the sale of firearms,” Paxton concluded.

Speaking on a Lubbock, Texas radio program on Wednesday, Paxton declared, “I think having a weapon … is very important for your personal safety. And for anyone to say that’s not essential, I really don’t understand.”

While other cities, counties and states declare gun stores and manufacturers “non-essential,” Texas’ representatives are securing the right to self-defense.

Additionally, while many governments are banning church gatherings, Texas Governor Greg Abbott told a town hall audience “there was nothing specific in the executive order about churches because there is freedom of religion here in the United States of America.”

See the full statement from AG Ken Paxton by clicking the link below: 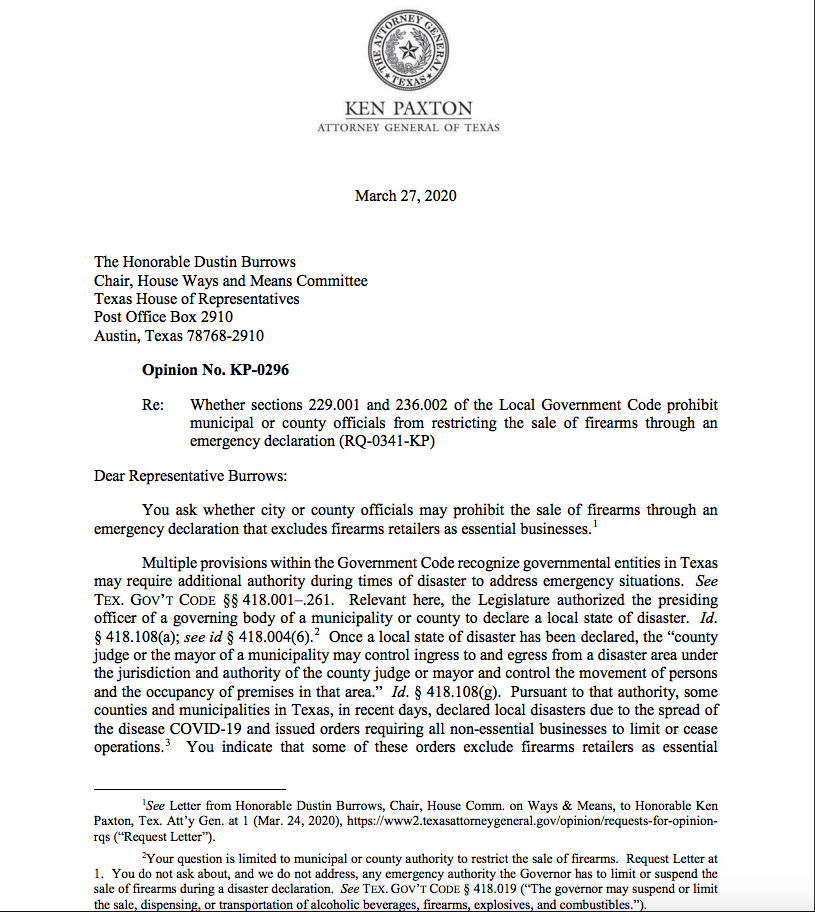 For more information, watch The Alex Jones Show segment below: