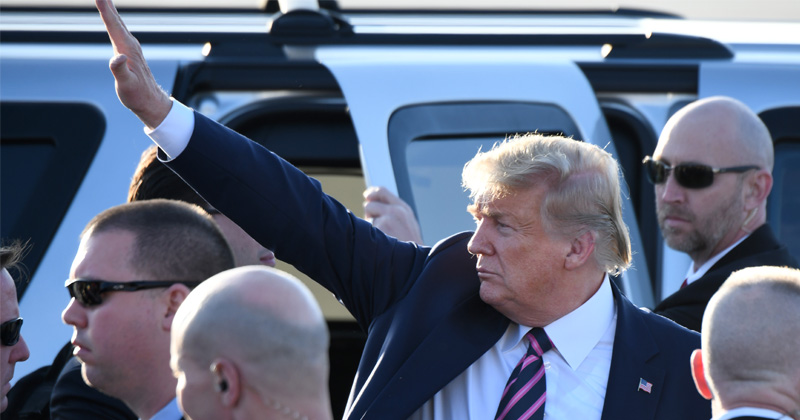 President Trump said he wants the Roger Stone situation to play itself out because he feels Stone has a chance to be exonerated.

Speaking at the Hope for Prisoners Graduation Ceremony not long after Stone was sentenced 40 months behind bars, Trump called out the juror in the Stone trial for not revealing her political activism during jury selection.

Trump also signaled that he didn’t want to pardon Stone before the “process played out” because he wants Stone to be “exonerated.”

“So if this woman was tainted, then I hope the judge will find that she was tainted, and if she isn’t tainted, that would be fine too,” the president stated. “But I’m not going to do anything in terms of the great powers bestowed upon a president of the United States because I want the process to play out [first].”

“I think that’s the best thing to do because I’d love to see Roger exonerated, and I’d love to see it happen because personally I think he was treated very unfairly,” he added. “They talk about ‘witness tampering’ but the man he was tampering didn’t seem to have much of a problem with it and I think they knew each other for years.”

The juror the president was referring to was revealed to be a former Democratic congressional candidate who consistently posted anti-Trump content on social media, even during the trial.

This presents Stone with a very strong chance to have his case ruled a mistrial.