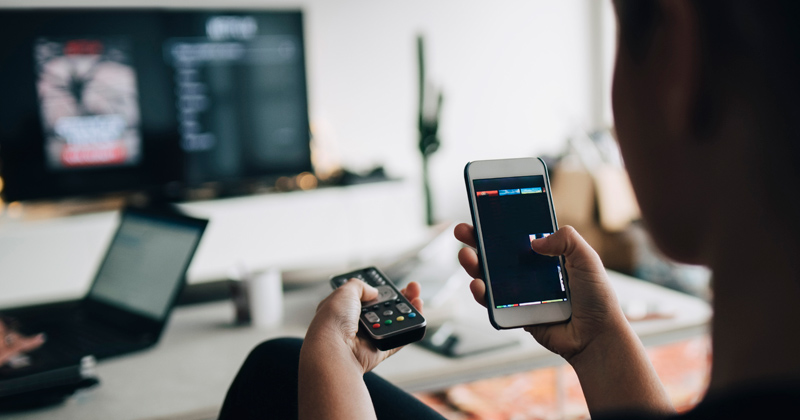 Televisions are ‘telling’ smartphones to spy on their owners by emitting secret tones during commercials breaks which are inaudible to humans.

The technology, called SilverPush, relies on smartphone apps searching for ultrasonic sounds emitted by their TVs that then tell the app to track what the user is watching and to even send back personal data.

Infowars first broke the story in 2017, but now the technology has once again garnered public attention after a Reddit post about it went viral on Tuesday.

“Now they can link the TV and phone as belonging to the same person,” reported Digital Trends when the technology first broke. “Advertisers have developed lots of techniques for device-matching, because the more accurately they can track your activities, the easier it is for them to advertise to you.”

“But it’s not difficult to imagine other applications for this technology.”

“Any government interested in who you are meeting with could play a tone through the TV and effectively ping all the phones in the room, identifying the whole group,” the article added.

The technology is similar to the tone tricks once used by “phone phreaks” who were able to make long-distance phone calls for free by mimicking the tones of coins being inserted into a pay phone.

Apps that use the SilverPush technology can “precisely link the watching of even sensitive content such as adult movies or political documentations to a single individual – even at varying locations,” according to German researchers who warned about the technology.

For years, Infowars has been documenting the privacy threats of emerging technologies after numerous top engineers revealed how devices are being designed to spy on users.

The surveillance state is abusing technology to control the world population.