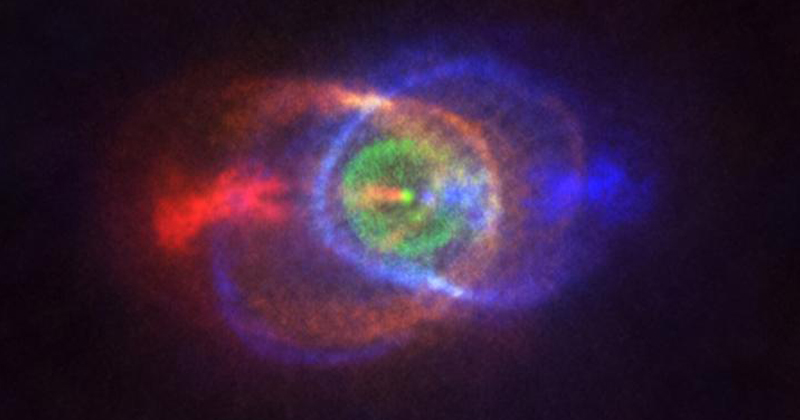 Astronomers using the Atacama Large Millimeter/submillimeter Array (ALMA) have captured a truly incredible image of two stars locked in a fight to the death, producing a stunning, if violent, cosmic masterpiece in the process. 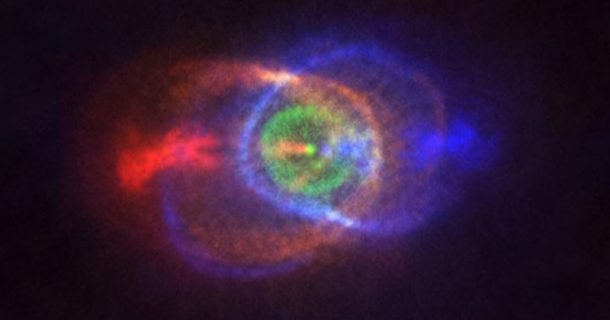 Researchers snapped the immediate aftermath of a dying star, which had exploded into a red giant, engulfing another smaller star which then began spiralling outwards such was the force of impact, shedding its outer layers prematurely creating the magnificent nebula pictured above.

This cosmic work of art consists of a complex cloud of gas that has baffled astronomers for decades: the blue gas in the image is moving toward us while the red gas pictured is moving away from us. The star system HD 101584 is located at the center of the green ring. The ultra-ultra heavyweight bout went down in the constellation Centaurus. 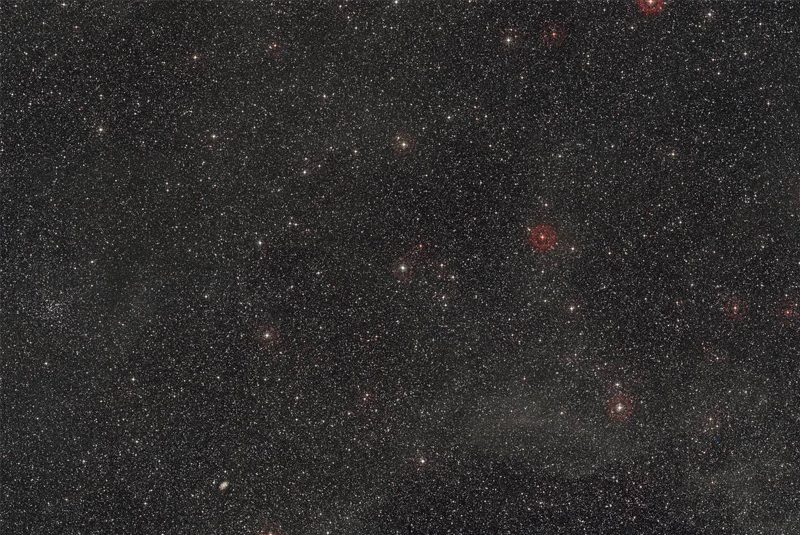 “The star system HD 101584 is special in the sense that this ‘death process’ was terminated prematurely and dramatically as a nearby low-mass companion star was engulfed by the giant,” said astronomer Hans Olofsson of the Chalmers University of Technology in Sweden.

This extremely violent collision not only disrupted the smaller star’s own evolution into a red giant, but made the already exploding larger star erupt prematurely, exposing its naked core for all the universe to see while spilling its stellar guts out into a complex nebula of stellar gas and dust punctuated by the smaller star’s outward spiral – essentially a double KO.

This one image has solved many long-standing questions about stellar evolution (and death) and fills in multiple gaps in our understanding of how certain stars, similar to our own sun, change state and ultimately die.

“Currently, we can describe the death processes common to many Sun-like stars, but we cannot explain why or exactly how they happen. HD 101584 gives us important clues to solve this puzzle since it is currently in a short transitional phase between better studied evolutionary stages,” study co-author Sofia Ramstedt of Uppsala University, Sweden, said in a statement.