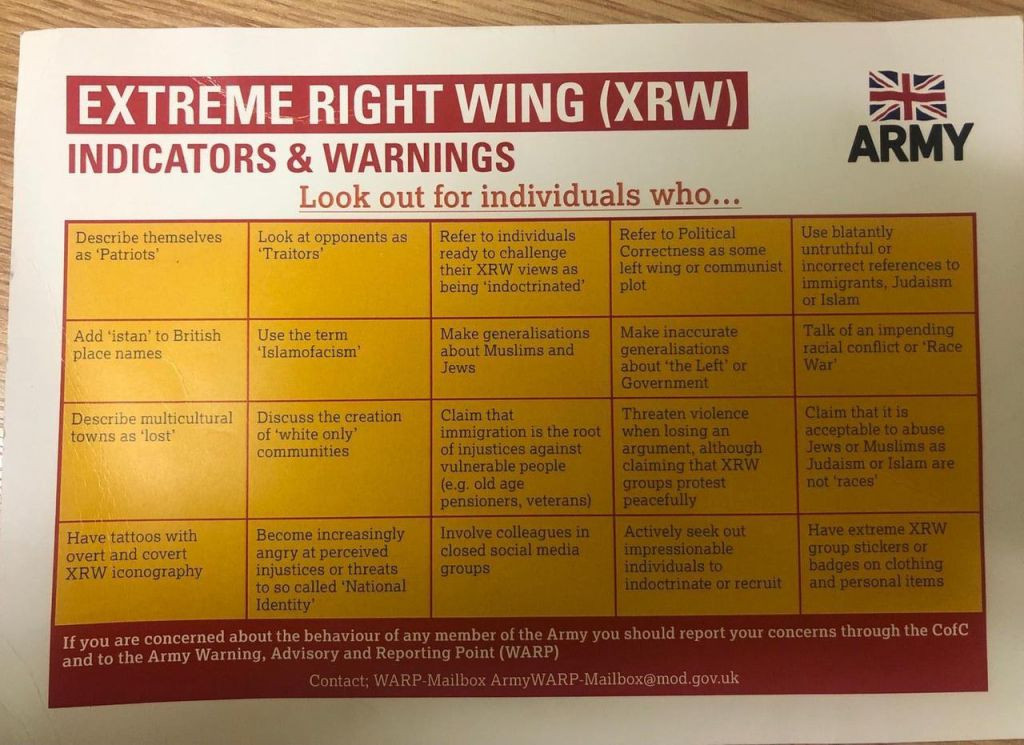 The British Army has released an information sheet encouraging members of the military to report others as right-wing extremists if they express a myriad of beliefs, including describing themselves as “patriots”.

The sheet is entitled ‘EXTREME RIGHT WING (XRW) INDICATORS & WARNINGS and encourages members of the military to “Look out for individuals who…describe themselves as patriots.”

The notion that describing oneself as a “patriot” equates to right-wing extremism is ludicrous. Being a patriot should be a pre-requisite to join the Army.

Some of the other indications of ‘right-wing extremism’ are equally alarming. They include;

This is not the first time the British Army has waded into the political correctness debate with embarrassing results.

Last year, a commercial was released which depicted a Muslim soldier taking off his helmet and praying as colleagues watch nearby.

Colonel Richard Kemp, who led British troops in Afghanistan, said the new campaign showed an Army “being forced down a route of political correctness” and “neglecting the main group of people who are interested in joining”.

More British Muslims have joined ISIS than joined the British Army, so it doesn’t appear to be working.