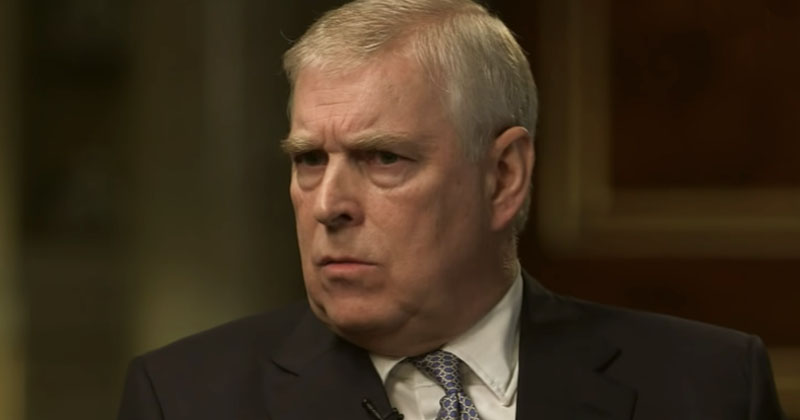 A former royal protection officer has called for a police investigation into Prince Andrew in the wake of his bizarre TV interview over his relationship with billionaire pedophile Jeffrey Epstein.

Dai Davies claimed he was “utterly unconvinced” in reaction to Andrew’s disastrous TV interview where he denied having sex with an underage girl in London provided by Epstein.

“I couldn’t believe what I was hearing and seeing. This ­interview ­highlights why there should now be a full police investigation into these ­allegations,” Davies told the Daily Mirror Sunday.

“I was utterly ­unconvinced by his story. I have ­interviewed hundreds of people. To me he shows the classic signs of someone not telling the truth.”

One of those “classic signs” is blinking rapidly when responding, which Andrew was seen doing during the interview.

Davies went on to point out Andrew’s contradictory explanations pertaining to his interactions with accuser Virginia Roberts Giuffre.

“There are ­significant ­differences between the account of events given by Andrew and others,” he said. “He is a primary witness and these ­allegations of sexual trafficking are extremely serious.”

For example, Andrew’s strange explanations and denials only raised suspicions, such as his claim he couldn’t sweat due to a medical condition despite numerous photos at the time showing him sweat, and his distinct recollection of being at a pizza party on a specific date in 2001.

“That party was in the afternoon. The [Virginia] ­allegation arises in the early hours of the morning. It’s got no relevance. That alibi came as a surprise to put it mildly,” Davies said.

“Anyone who has material evidence should be ­interviewed. If that points towards a criminal offense having been committed then that ­questioning should be done under caution,” he added.

Additionally, the FBI is reportedly preparing to analyze Andrew’s interview for their investigation into Epstein’s circle of connections.

The move was so ill-advised that Andrew’s PR representative quit ahead of the interview.

Additionally, the Queen’s former press secretary Dickie Arbiter said Andrew was living in “cuckoo land” if he thought the world would react positively to his interview.

“Who made the decision to put him on? Did he make it himself or did he seek advice within the Palace?” he said. “My guess is that he bulldozed his way in and decided he was going to do it himself without any advice.”

Watch Andrew’s full interview below and judge for yourself:

The creepiest portion of The Duke of York, Prince Andrew’s recent wall of denial TV interview was his strange response when asked if he had any regrets for having known international sex trafficking pimp Jeffrey Epstein. Other than that admission. Prince Andrew had an answer for everything concerning his alleged illegal relationship with Epstein’s sex slave Virginia Roberts. Seemingly scripted and well rehearsed in order to curb the embarrassment plaguing Buckingham Palace.