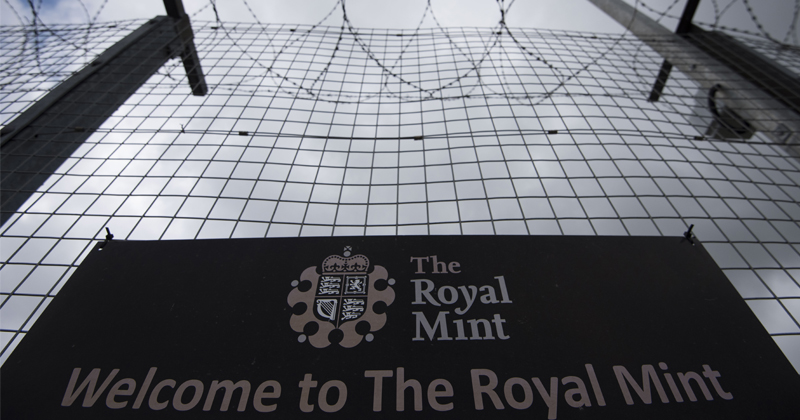 As uncertainty swirls around Brexit and exactly what that will mean for the economy, Brits have been hoarding gold.

According to a statement by The Royal Mint, the demand for gold bars and gold coins spiked in December as uncertainty about the UK’s exit from the EU grew.

“We have seen a significant increase in demand for gold this month and at the end of last year, a trend which we have no doubt is largely attributed to Brexit turmoil and subsequent market volatility.”

According to the mint, January sales are up 73% over last year. Gold sales began to surge last month when UK Prime Minister Theresa May announced she was delaying the vote on the Brexit deal negotiated with the EU. The vote is scheduled to take place today (Jan. 15).

Report breaking down the horrible details of the globalist con job called Brexit.

Regardless of how the vote turns out, Royal Mint director of precious metals Chris Howard said he expects demand for gold to remain strong in the coming months due to the uncertainty surrounding the UK’s divorce from the EU.

“I fully anticipate further increases in gold demand over the coming months as investor uncertainty grows. By increasing their exposure to gold and other precious metals, they have the opportunity to offset the risks of market volatility.”

Gold demand in the UK has been high in Great Britain since the Brexit vote. Merrion Vaults, a leading Irish supplier of gold and precious metals storage services, said the number of clients from Northern Ireland purchasing and storing gold in the Republic of Ireland increased by 70% last year. A company spokesman said new clients span a broad cross-section of society, from wealthy businesspeople, to middle-class investors, to small businesses, to pension managers, to big corporations.

“They believe that, until there is stability in the UK economy, investing in gold is the safest option.”

There was a major rush into the yellow metal in the UK leading up to and after the Brexit referendum. One gold company CEO reported some people converted as much as 40 to 50% of their net worth into physical gold in the weeks after the UK voted to leave the EU. But the British appetite for gold didn’t wane along with excitement after the vote. In fact, gold sales picked up in the early months of 2018. Sharps Pixley reported a whopping 253% year-on-year increase in physical gold sales last March.

In fact, gold demand in Europe was much stronger in Europe than in Asia and North America last year, in large part due to political instability in the EU. It wasn’t driven solely by Brexit. Italy’s standoff with the union over its budget, the backlash over refugee immigration, slowing economic growth and concern over US politics also drove European investors to safe havens. As evidence of this trend, gold-backed ETF’s based in Europe added 96.8 tons of metal in 2018, a 10% increase.

The price of gold in British pounds spiked in December.

There’s a lesson here. You want to hold gold before tumultuous events drive up safe-haven demand. Investors in the UK buying gold today in order to shield themselves from the potential Brexit fallout are paying more than they would have if they had prepared early. You never know exactly when the next economic or political crisis will rear its ugly head.