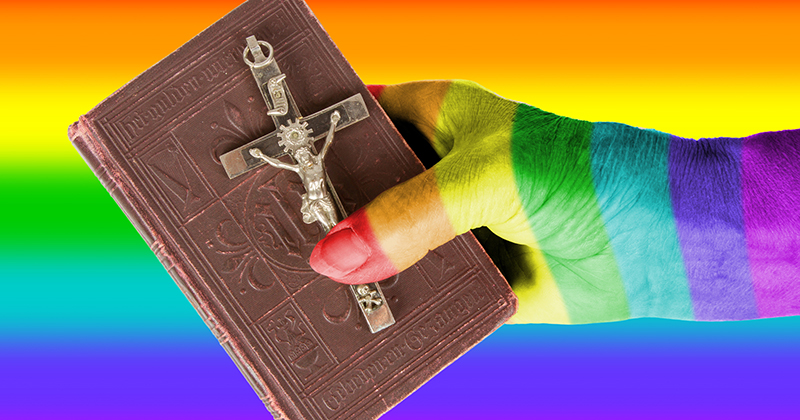 French radio broadcaster France Inter has apologised to the country’s LGBT community following the airing of a song with the title “Jesus is a Faggot”.

The song, which was a parody of the song “Jesus is coming back” from the 1988 comedy film La vie est un long fleuve tranquille, was sung by comedic songwriter Frédéric Fromet, who sang, “Jesus, Jesus, Jesus is a faggot LGBT member from the top of the cross, why did you nail him, why did you not fuck him,” Le Parisien reports.

The LGBT activist group the IDAHO Committee slammed the broadcast, with its president Alexandre Marcel stating that the group had filed a complaint with the Paris Prosecutor’s Office on grounds of homophobia.

“Whether Jesus, Muhammad, or Buddha are homosexual, trans, bisexual, or queer does not bother us; that homophobic curses are used to talk about their sexual orientations bothers us and shocks us,” Marcel said.

Frédéric Fromet later apologised to the LGBT community for the song, saying: “I was so misunderstood that I even ran into an LGBT association. So it’s my fault. I readily admit it. I apologise to the people I have injured, while claiming my right to make mistakes in an exercise that remains very perilous.”

In this exclusive interview from the Infowars archives, circa 2001, Alex Jones speaks with John DeCamp, the Nebraskan Senator who uncovered a major, criminal operation that undoubtedly revealed pedophilic activities which were tied to major players in the Republican Party, including the Reagan White House.