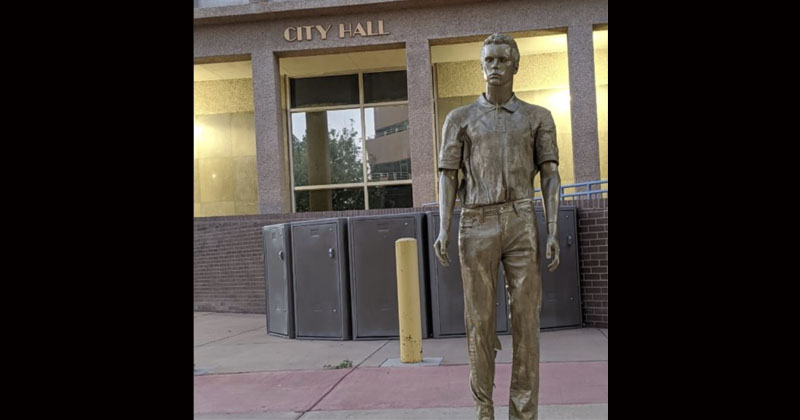 Pictures from local media show a bronzed statue of Epstein placed in front of the old city hall.

A life size statue of financier and convicted sex offender Jeffrey Epstein popped up outside Albuquerque’s City Hall overnight. The story behind who put it there and why coming up on @krqe at 4. #JeffreyEpstein pic.twitter.com/JZCbm3ovd3

An epitaph below the statue described Epstein’s twisted background, and said: “He had a home in New Mexico, Zorro Ranch. He was also a rapist who died in prison.” 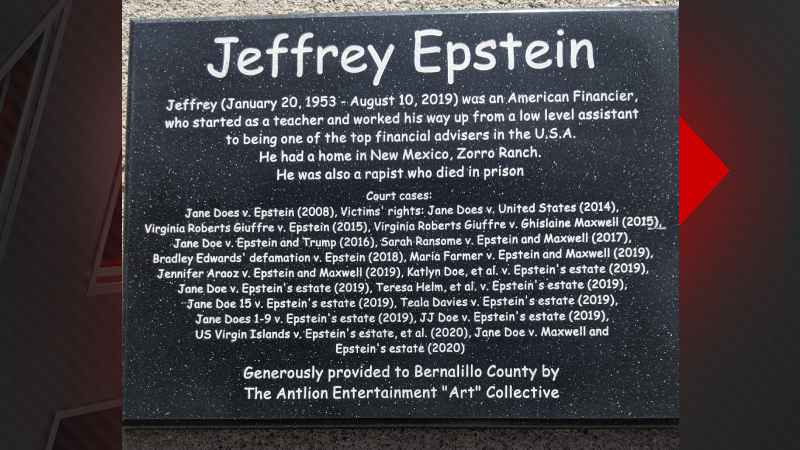 It then listed dozens of open cases against him by accusers, and credits the creation of the statue to a group called the Antlion Entertainment “Art” Collective.

KOAT Albuquerque reported that the statue appeared to be guarded by an armed man before it was removed, and that city officials were looking into how the Epstein statue got placed in front of the city hall.

Zorro Ranch was the place Epstein wished to “seed” the human race by systematically breeding hundreds of women to create a superhuman race.

Epstein died under mysterious circumstances in the New York Metropolitan Correctional Center, where he was found with a sheet wrapped around his broken neck.