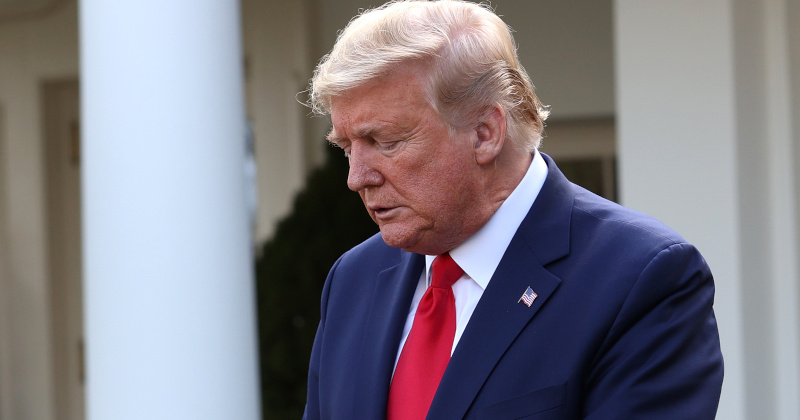 Easter may not bring America the victory in the war against the coronavirus pandemic that President Donald Trump anticipated.

But in this Holy Week, we may be reaching our Saratoga moment, our turning point.

While New York state reported a record number of deaths from the virus on Tuesday, over 1,800, new hospitalizations were down.

Referrals of patients to ICUs were down. Intubations were down. And the discharge rate for patients from hospitals was holding steady.

The thousands of ventilators Gov. Andrew Cuomo had been crying out for are, apparently, not immediately needed. The U.S. Navy hospital ship Comfort moored on the Hudson with a capacity of 1,000 beds remains largely empty. So, too, are the thousands of beds in Manhattan’s Javits Center, which has been converted into an emergency hospital.

Predictions of 1 million to 2 million U.S. deaths are no longer heard.

Collection of clips where Dr around the country are having success with hydroxychloroquine, z-pack and zinc. The fake news media has a collective shit fit

Last week’s projection from the White House briefing room of 100,000 to 240,000 dead has been revised, sharply downward.

A terrible toll, still more than all the Americans who died in the Vietnam war, but compared to earlier estimates, hopeful news.

Social distancing and sheltering in place are working.

California, Oregon and Washington have begun to ship medical equipment to states where infections are still surging.

Moreover, it appears that some deaths being attributed to COVID-19 were caused by underlying conditions patients had when they came to the hospital, such as cancer, heart disease, hypertension, pneumonia, diabetes, asthma.

Yes, this could be a false dawn. We are warned of the possibility that the coronavirus, after cutting its initial murderous swath by August, could revisit us in the fall with a new season of lethal attacks.

But by then, we may have developed vaccines or drugs to prevent, mitigate or even cure the disease.

What appears conclusive now is this: The American people and nation are aware, fully engaged in the fight, and, on several fronts, gaining the whip hand over the pandemic.

Hence, understandably, consideration is being given to resuscitating the U.S. economy before this nationwide shutdown plunges America into a full-blown depression that exacts its own toll of premature deaths.

Upon this question now, the Trump presidency appears to hang:

Will Trump’s actions flatten the curve and put the pandemic on an irreversible downward course in daily cases and deaths, as he produces a U-turn, if not a V-turn, dramatically driving the economy upward from depression and toward national prosperity?

Can he revive the economy without reviving the virus?

Or will the coronavirus so severely cripple the economy that the depression it produces will kill the Trump presidency?

Former New Jersey Governor Chris Christie framed the issue thus: “Politically, nothing else matters. … I have never seen a time when an opponent is more irrelevant. And that’s not an insult to Vice President Biden.

“But in the end, the American people are going to decide, has the president of the United States stood up to this crisis, and done right by them and protected their lives and their property, or hasn’t he?”

Trump’s true adversary in this election is not Joe Biden, the hermit candidate sheltering in place. Biden is but a name on the November ballot you mark if you want to remove and replace Donald Trump.

Trump’s real antagonists are the media who detest him and are determined, having failed to impeach and remove him, to drive him from office by portraying him as a foolish, failed president in the worst crisis to hit the country since Pearl Harbor.

The crucial decision Trump will make is to choose the exact moment to reopen the country and the economy, without igniting a new spike in the pandemic that induces despair and causes a panic.

The president’s aides in charge of the medical crisis want the longest delay possible. His economic and political advisers, fearing Trump could be forced to run as Herbert Hoover did, at the nadir of a new depression, want an earlier decision to start opening up the country.

Action cannot long be delayed if we are to survive the medical crisis only to endure a longer and more costly economic crisis.

Thursday morning, jobless claims revealed that another 6.6 million Americans had lost their jobs, bringing to 16.7 million the number who have filed for unemployment in just three weeks.

One in 10 Americans is now out of work.

Six weeks ago, Trump was boasting, and justifiably so, of having the greatest economy of any president in recent memory. Now, the possibility exists that he could go into the fall election with the worst economy since Hoover and the Great Depression of 1932.

Trump’s decision, which will determine the fate of his presidency, is likely close at hand.