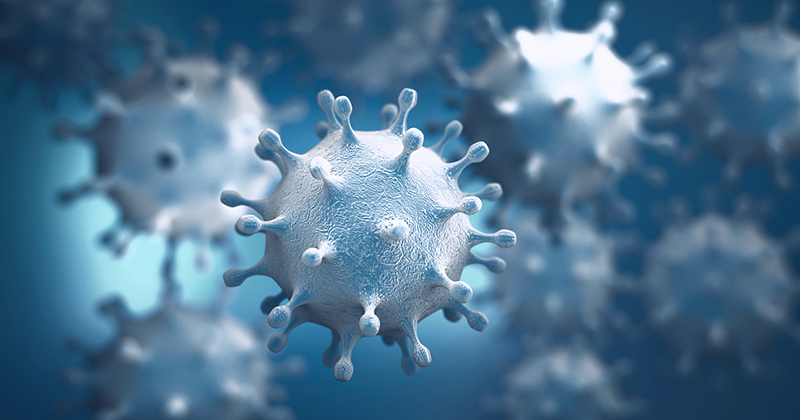 Dr. Brian Monahan, attending physician of Congress, told a closed meeting of Senate staffers this week that 70 million to 150 million Americans — a third of the nation — could contract the coronavirus. Dr. Anthony Fauci testified that the mortality rate for COVID-19 will likely run near 1%.

Translation: Between 750,000 and 1.1 million Americans may die of this disease before it runs its course. The latter figure is equal to all the U.S. dead in World War II and on both sides in the Civil War.

Chancellor Angela Merkel warns that 70% of Germany’s population — 58 million people — could contract the coronavirus. If she is right, and Fauci’s mortality rate holds for her country, that could mean more than half a million dead Germans.

Czech Prime Minister Andrej Babis called Merkel’s remark “unhelpful” and said it could cause panic. But Harvard epidemiologist Marc Lipsitch seemed to support Merkel, saying between 40% and 70% of the world’s population could become infected.

Again, if Fauci’s 1% mortality rate and Lipsitch’s estimate prove on target, between 3 billion and 5 billion people on earth will be infected, and 30 million to 50 million will die, a death toll greater than that of the Spanish Flu of 1918.

There is, however, some contradictory news.

China, with 81,000 cases, has noted a deceleration in new cases and South Korea appears to be gradually containing the spread of the virus.

Yet, Italy, with its large elderly population, may be a harbinger of what is to come in the West.

As of Thursday, Italy had reported 12,000 cases and 827 deaths, a mortality rate of nearly 7%. This suggests that the unreported and undetected infections in shutdown Italy are far more numerous.

In the U.S., the death toll at this writing is 39, a tiny fraction of the annual toll of tens of thousands who die of the flu.

But the problem is this: COVID-19 has not nearly run its course in the USA, while the reaction in society and the economy approaches what we might expect from a boiling national disaster.

The stock market has plunged further and faster than it did in the Great Crash of 1929. Trillions of dollars in wealth have vanished. If Sen. Bernie Sanders does not like “millionaires and billionaires,” he should be pleased. There are far fewer of them today than there were when he won the New Hampshire primary.

What does the future hold?

It may one day be said that the coronavirus delivered the deathblow to the New World Order, to a half-century of globalization, and to the era of interdependence of the world’s great nations.

Tourism, air travel, vacation cruises, international gatherings and festivals are already shutting down. Travel bans between countries and continents are being imposed. Conventions, concerts and sporting events are being canceled. Will the Tokyo Olympics go forward? If they do, will all the anticipated visitors from abroad come to Japan to enjoy the games?

Trump has issued a one-month travel ban on Europe.

As for the “open borders” crowd, do Democrats still believe that breaking into our country should no longer be a crime, and immigrants arriving illegally should be given free health care, a proposition to which all the Democratic debaters raised their hands?

The ideological roots of our free trade era can be traced to the mid-19th century when its great evangelist, Richard Cobden, rose at Free Trade Hall in Manchester on Jan. 15, 1846, and rhapsodized:

“I see in the Free Trade principle that which shall act on the moral world as the principle of gravitation in the universe — drawing men together, thrusting aside the antagonism of race, and creed, and language, and uniting us in the bonds of eternal peace.”

In the pre-Trump era, Republicans held hands with liberal Democrats in embracing NAFTA, GATT, the WTO and most-favored-nation trade privileges for China.

In this coronavirus pandemic, people now seem to be looking for authoritative leaders and nations seem to be looking out for their own peoples first. Would Merkel, today, invite a million Syrian refugees into Germany no matter the conditions under which they were living in Syria and Turkey?

Is not the case now conclusive that we made a historic mistake when we outsourced our economic independence to rely for vital necessities upon nations that have never had America’s best interests at heart?

Which rings truer today? We are all part of mankind, all citizens of the world. Or that it’s time to put America and Americans first!

This article first appeared at Buchanan.org.

In New York City, is it riskier to be in public with COVID-19 or to be in a womb? — And, a count of other infectious disease cases New York is NOT concerned about, as they invoke militarized quarantine for a handful of coronavirus.