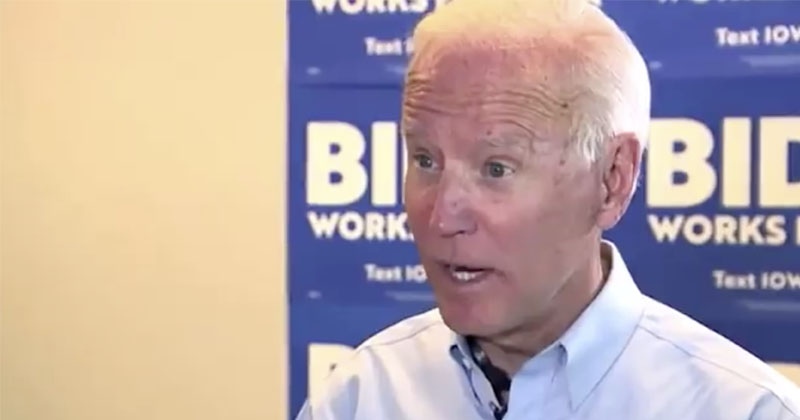 In an awkward interview on the campaign trail in Iowa, 2020 Democrat hopeful Joe Biden refused to explain how he’d be a more effective president on economic issues than Donald Trump.

Further demonstrating his ineptitude and mental decline, Biden appeared unable to tout his economic platform on Monday, instead opting to “let the people decide.”

The reporter pointed out that Iowa’s economy is booming under Trump before asking, “Why should people want to make a change?”

Reporter on the good economy: “Why should people want to make a change though?”

Biden: “Well that’s up to them to decide”

Reporter: “Why should they?”

Biden: “That’s for them to decide”

Biden, appearing irritated, replied: “Well that’s up to them to decide.”

“Why should they?” the reporter pressed.

Biden repeated, “That’s up to them to decide.”

The reporter, trying to help, said, “Well, make your case.”

Rather than leap at the opportunity to lay out his economic message, Biden instead shut down.

To Biden’s credit, he could just be tight-lipped about his plan to deindustrialize America, claiming earlier this month that he would wipe out “all fossil fuel.”