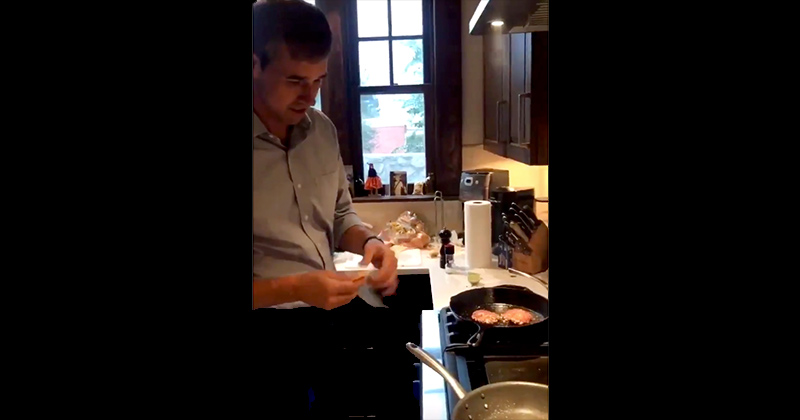 A video of Democrat presidential candidate Beto O’Rourke cooking burgers is going viral as the internet finds multiple issues with his culinary skills.

Unless the patties Beto is cooking are meatless, the Green New Deal supporter is hypocritically contributing to manmade global warming by supporting the cow industry… or something like that.

“Beto’s taking a break from telling everyone how racist the country is to show himself making burgers with processed cheese served on an English muffin with a side of raw broccoli,” one Twitter user said.

So Beto's taking a break from telling everyone how racist the country is to show himself making burgers with processed cheese served on an English muffin with a side of raw broccoli.

Why is he not polling higher?

Beto using 3 pans for 4 burger patties when the big cast iron would have fit all 4…
Has this guy ever cooked before? https://t.co/Akivo4F2WE

Additionally, the stove appears to be equipped with a flat top grill, as another Twitter user points out.

Stove looks like it has a central griddle anyway. Why not use that instead?

People pointed out that he used a metal spatula on a non-stick pan, which is a kitchen no-no.

I have a whole lotta questions about this video of Beto making burgers.

1) Why so many pans?
2) Are those english muffins?
3) Metal spatula on nonstick?
4) With all those pans, couldn't sautée those onions? https://t.co/1dIPboUZsa

The Blaze TV suggested the outrage brought on by the video transcends political boundaries, saying, “It doesn’t matter if you are a Republican, Independent, or Democrat. We should be united in our outrage over what @BetoORourke did to this hamburger.”

It doesn't matter if you are a Republican, Independent, or Democrat… We should be united in our outrage over what @BetoORourke did to this hamburger.pic.twitter.com/Xs6pnaSs2X

The following tweets are just a small sample of the roasting Beto endured:

Should be called: Beto garnishes burgers someone else cooked and ruins a nonstick pan in the process.

If this is what the left has in store for America, I'm voting for Trump TWICE this time. #Betoburger pic.twitter.com/Px50ljt8F5

Beto Burger: The McWhimp with cheese.

It’s physically painful watching Beto massacre a burger like that. I’m tempted to give out my world famous burger recipe on the show again tonight. https://t.co/Ft3RiZy6oU

Omg. He’s just like you and me — he overcooks burgers. We must now vote for Beto. https://t.co/Jv2fMu9T87

Beto manages to highlight how privileged he’s had it. Clearly never had to flip burgers in his life to make money

A list of things wrong with this video (a thread):

1. A Texan making a burger in a frying pan.
2. He's using Kraft singles. Look at his kitchen. It's beautiful. Processed cheese shouldn't be allowed in that kitchen.
3. And he doesn't even put the cheese on square.

This is proof that Beto O’Rourke is not a Texan. This is not how true Texans grill burgers… 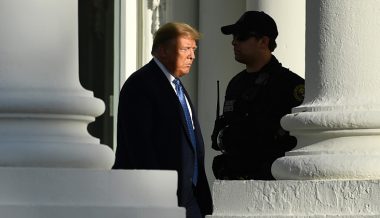