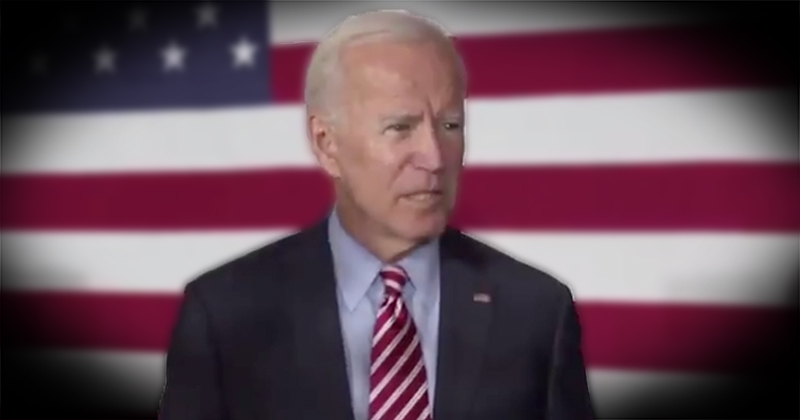 Joe Biden intervened at least two times on matters his son Hunter’s firms was being paid to lobby on, according to government records reviewed by the Washington Examiner.

The incidents took place when Biden was a senior and influential US senator, years before he infamously leveraged his position as Vice President to benefit a Ukrainian gas company whose board Hunter sat on.

On Feb 28, 2007, then-Senator Biden reached out to the Department of Homeland Security (DHS) to let them know that he was “concerned about the Department’s proposed chemical security regulations authorized by Section 550 of DHS Appropriations Act of 2007.”

The rule, passed in 2006 as part of the DHS appropriations bill, requires chemical plants considered to be high-risk submit site safety plans to DHS for approval – which are to include security credentialing and employee training efforts.

Two months earlier, Hunter Biden’s firm was hired by the Industrial Safety Training Council to lobby DHS on the issue, earning $200,000 between early 2007 and the end of 2008. Of note, Hunter did not register as an individual lobbyist for the trade association while he was one of three partners at the firm at the time.

The trade group, which represents companies that provide safety training for chemical facility employees, was mounting a heavy lobbying campaign over section 550, submitting congressional testimony about the need to expand background checks for chemical plant employees.

The Industrial Safety Training Council was seeking to expand the “language in DHS legislation regarding security clearance and credentialing for chemical facility employees and employers” in January 2007, according to lobbying disclosure records. –Washington Examiner

“It’s implausible Sen. Biden did not know his son’s firm was lobbying on this arcane issue,” said Tom Anderson, the director of the National Legal and Policy Center’s Government Integrity Project.

infowars.com/show banned.video
By the way, our Everything Must Go Emergency Sale is now live! Get 70% off Survival Shield X-3 and an additional 50% off other products with free shipping and double Patriot Points!

“Sometimes appearances are exactly what they are,” he added. “This is a recurring problem we’ve seen on the Hill, where family members are enriched because of their relationship with a member.”

The second example of Joe Biden intervening on matters his son was involved in occurred on January 31, 2007 – after he sent a letter to US Attorney General Alberto Gonzales to request a meeting to discuss expanding the federal fingerprint background check system while Hunter’s firm was lobbying for a coalition of state-level criminal justice advocates (SEARCH) for the exact same thing.

“I write to request your assistance in implementing an expanded background check system for our nation’s volunteer organizations,” then-Senator Biden wrote Gonzales. “If we can work together to expand the number of volunteer organizations that have access to fast, accurate, and inexpensive fingerprint background checks, we will make significant and important strides in our ongoing effort to protect kids across our country.”

“I would like to convene a small meeting with key representatives” from DOJ, the FBI, members of Congress and volunteer groups, he continued.

One of Hunter’s firm’s lobbying clients at the time, a coalition of state-level criminal justice advocates called SEARCH, was also lobbying the federal government for a broader fingerprint screening system at the time.

The same day as Biden’s letter, SEARCH adopted a resolution calling on Congress to consider “any effort to improve the quality, completeness and accessibility of criminal history records” and expand the current system to “allow the return of all criminal history record information maintained by the States on the search subject through a single fingerprint check.”

The group initially hired Oldaker, Biden & Belair in 2006 to lobby for federal funding for state-level criminal justice programs, paying the firm $114,000 over the next year. In early 2008, SEARCH was seeking funding “to assist states in development and use of information to accelerate automation of fingerprint authentication processes and criminal justice data which are compatible with the FBI’s” system, according to lobbying records. –Washington Examiner

On March 13, 2008, Biden introduced the “Child Protection Improvement Act,” creating a national fingerprint background check system for volunteer groups working with children. Oldaker, Biden & Belair concurrently began lobbying for the bill on behalf of SEARCH according to lobbying records. The firm was paid $93,000 in 2008.

After Joe Biden became a vice presidential candidate in 2008, Hunter stepped away from lobbying, and Oldaker, Biden & Belair was renamed Oldaker, Belair & White. Of note, Willaim Oldaker is a former adviser to Joe Biden.

We can only imagine what Hunter and Joe would be up to if the elder Biden won the White House and none of this had seen the light of day.

We all know it was more than twice… https://t.co/rmMcOGxZZZ