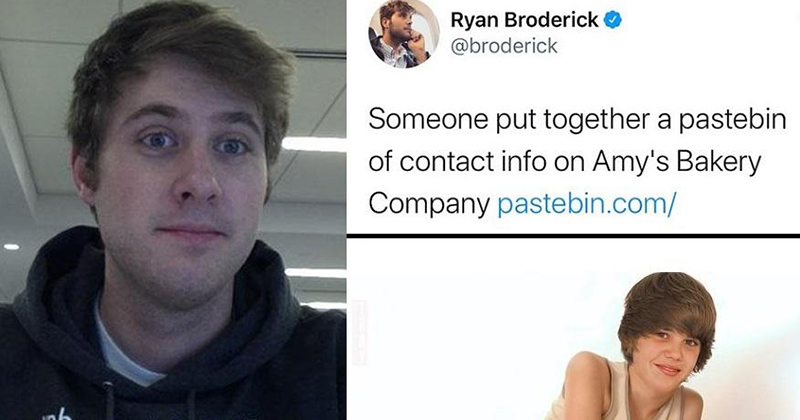 A BuzzFeed senior reporter who accused Zero Hedge of ‘doxing’ a Chinese scientist has reportedly left a disturbing internet footprint rife with pedophilia and rape jokes… oh, and doxing the owners of a restaurant.

Ryan Broderick, a boy-band aficionado  who runs a personal tumblr blog, wrote in a Friday BuzzFeed article that Zero Hedge “has released the personal information of a scientist from Wuhan, China, falsely accusing them of creating the coronavirus as a bioweapon, in a plot it said is the real-life version of the video game Resident Evil.” (for what really happened read our response here).

Mike Adams and Tom Pappert discuss possible solutions for those who seek to prepare for the coronavirus pandemic now sweeping the globe.

After his ‘hit piece‘ was published – which included factual mistakes, no outreach to Zero Hedge, and an intentional ‘doxing’ of Zero Hedge (by their standards), the @zerohedge Twitter account was permanently suspended for violating their ‘abuse and harassment’ policy. Shortly thereafter, Broderick updated his article, writing “Zero Hedge’s Twitter account was suspended Friday, following the publication of the scientist’s name.”

Yet, while Zero Hedge republished publicly available, professional contact information for the Wuhan scientist – Broderick openly ‘doxed’ the owners of Amy’s Baking Company in 2013, tweeting a link to the private contact information of the husband and wife owners who made headlines for a controversial episode of Gordon Ramsay’s “Kitchen Nightmares.” The information included their home address, phone numbers, email addresses, and a ‘dossier’ covering the couple’s marriage and financial history.

Do the right thing, @vijaya. This is nonsensical. Indefensible.

Perhaps even more disturbing, however, are several posts uncovered on “Ryan Broderick’s Cool Time Fun Blog,” along with questionable tweets and other writings as documented by internet sleuths in the wake of our Twitter suspension. They include pedophilia, rape jokes, and more.

Ah here we go. A lot of rape humor on this one. Buzzfeed doesn’t vet anyone. You just email them and you get a byline. https://t.co/me7bi6pxhj pic.twitter.com/T837wgT6DI

From his now defunct website, student loans for beer money.

Any wonder why he was targeting Zero Hedge? pic.twitter.com/xVC8VKljRi 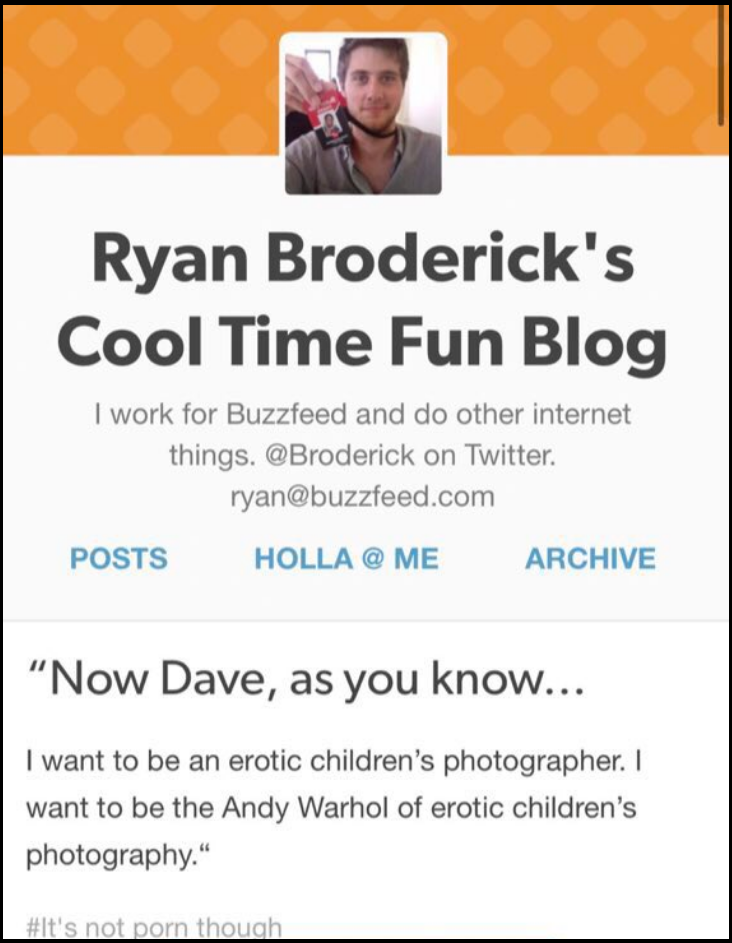 A hebephile is, according to Google, an adult who has a “strong and persistent sexual interest in pubescent-aged individuals, generally aged 11–14.”

This is a @BuzzFeed reporter. https://t.co/lcbd9o0Jw8

Does any of this matter? Of course not, and we are confident that Twitter will find all these outlandish public statements, doxes and tweets to be in perfectly good humor, confirming once again that when it comes to enforcing its Terms of Service, some have always been more equal than others.