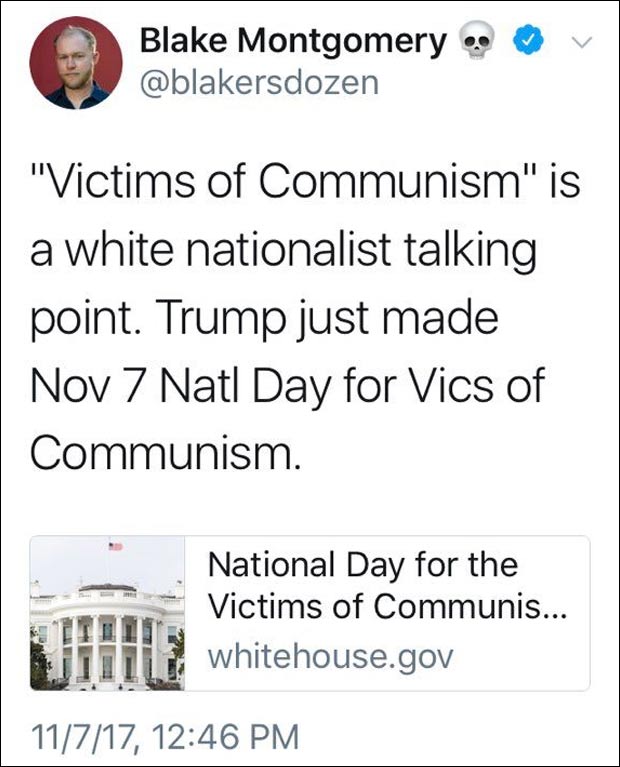 The Trump administration just hours prior had designated Nov. 7  the “National Day for the Victims of Communism” in recognition of the 100th anniversary of the Bolshevik Revolution.

The reporter was widely criticized for the remark from numerous journalists, including a Buzzfeed colleague, prior to deleting his tweet.

“There are plenty of people who are not white nationalists who think this should be commemorated,” said Miriam Elder, world editor for Buzzfeed News. “Soviet oppression was real.”

I cover white nationalists, and they use that language a lot, which is why I made that very dumb mistake. 2/2

“I didn’t mean in any way to diminish the many real victims of communism, and my tweet was a bad misintrepretation [sic] of the president’s declaration,” Montgomery said.

The White House issued a stern condemnation against Communism Tuesday in a statement on the Nov. 7 commemoration.

“Over the past century, communist totalitarian regimes around the world have killed more than 100 million people and subjected countless more to exploitation, violence, and untold devastation,” the statement says. “These movements, under the false pretense of liberation, systematically robbed innocent people of their God-given rights of free worship, freedom of association, and countless other rights we hold sacrosanct. Citizens yearning for freedom were subjugated by the state through the use of coercion, violence, and fear.”

“Today, we remember those who have died and all who continue to suffer under communism. In their memory and in honor of the indomitable spirit of those who have fought courageously to spread freedom and opportunity around the world, our Nation reaffirms its steadfast resolve to shine the light of liberty for all who yearn for a brighter, freer future.” 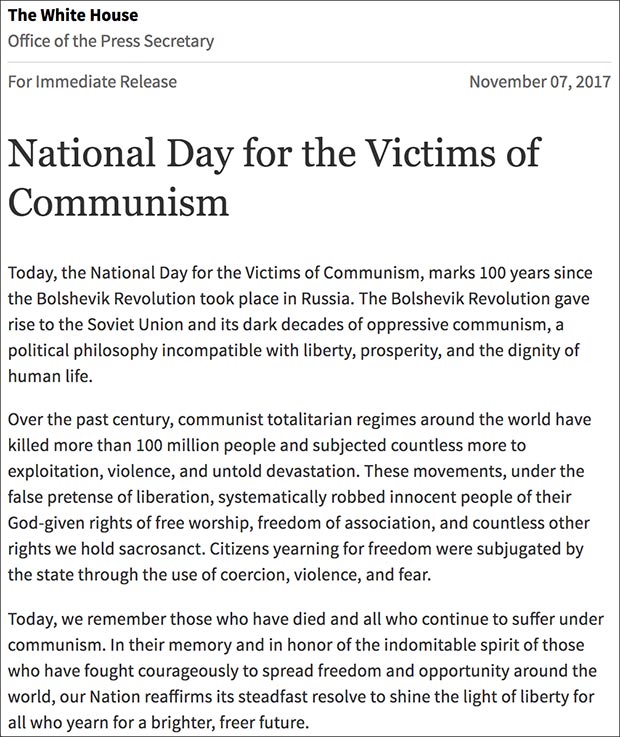