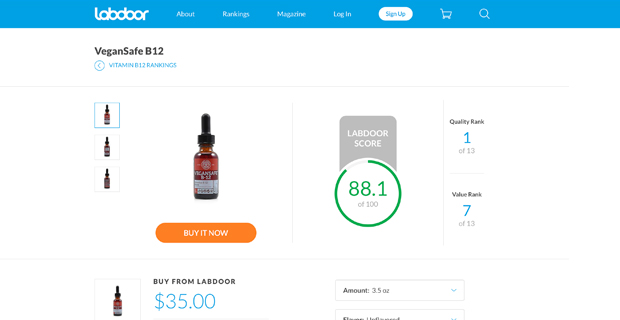 Labdoor, the company Buzzfeed hired to “investigate” Infowars supplements, was caught selling the EXACT SAME Vitamin B12 supplement as Infowars Life, but at nearly twice the price.

On its ‘Top 10 Vitamin B12 Supplements’ page, Labdoor ranks the Global Healing Center’s VeganSafe B12 as the #1 B12 supplement, and will sell it to you for $35.00 – but it’s literally the same B12 as Infowars Life Secret 12, just a different label, and you can buy it for $17.76 at InfowarsStore.com. 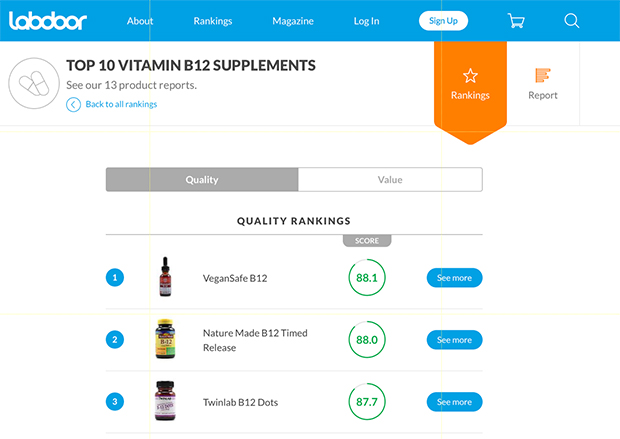 “This product measured 2170 mcg of vitamin B12 per serving, exceeding the established Recommended Daily Allowances (RDA) for vitamin B12 of 2.4 mcg for adults in general, 2.6 mcg for pregnant women, and 2.8 mcg for breastfeeding women,” Labdoor’s report states about VeganSafe 12/Secret 12. “Older adults, vegetarians, and people with certain medical conditions may need more vitamin B12 to compensate for diets low in vitamin B12 and/or difficulty absorbing vitamin B12.”

“This means that in one serving of this product, measurements for arsenic, cadmium, lead, and mercury fell below Labdoor’s standards, which were derived from California Prop 65 limits,” its reports says.

This is likely as close as you’ll get to the Labdoor’s test results for Infowars Life products given that the Buzzfeed article, now revealed as a simple hit piece, only cherry picked snippets from a Labdoor report. 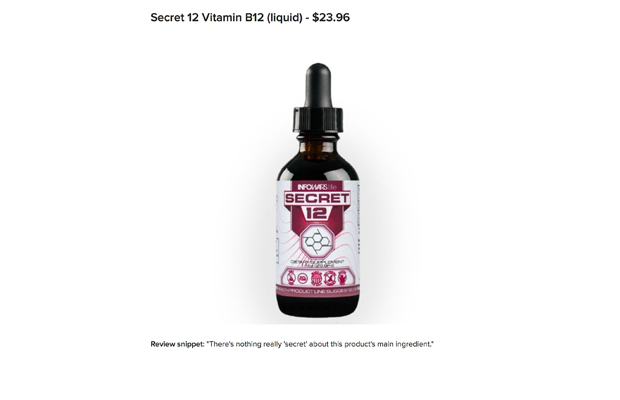 “There’s nothing really ‘secret’ about this product’s main ingredient,” Buzzfeed said about Infowars Life Secret 12, without realizing it’s the same as Global Healing Center’s VeganSafe B12 that, again, has a #1 ranking by Labdoor – and the report of which is publicly available.

This is disingenuous, but it’ll help maintain Buzzfeed’s reputation of ignorant reporting. Its article was trying to claim Infowars Life is overpriced, yet its “testing company” sells the same B12 for twice the price.

Of course the hit piece blew up in its face: the whole goal of Infowars Life is to provide what’s already top quality on the market at a lower price, and Buzzfeed inadvertently proved that independently.