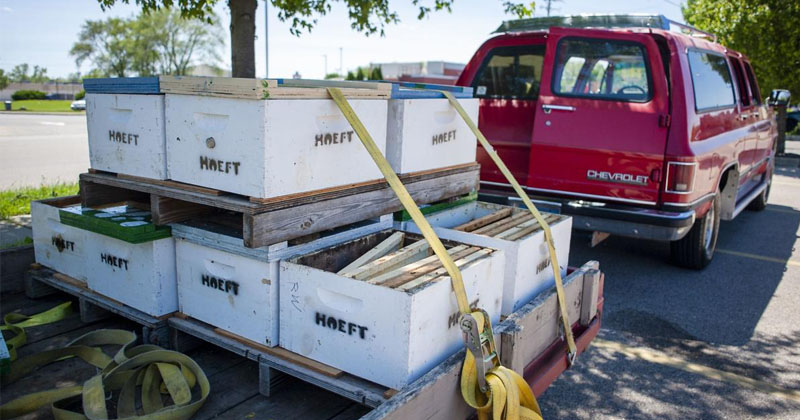 A Wisconsin man brought a dozen crates of bees to a protest and threatened to release them if the local protest descended into riots.

Greg Hoeft of Janesville brought 12 crates of bees towed on a trailer to a parking lot nearby the protest, which had about 100 people on Saturday.

“The riot control bees are in their holding yard waiting to clear the streets of Janesville and keep peace to this county. I’m willing to bring them in and kick them over if things get out of control,” he said in a now-protected Facebook post.

Police learned of Hoeft’s “backup” plan, and asked him to leave the area, as they apparently had the event under control, according to the GazetteExtra.

Concerned Americans like this are taking matters into their hands because they don’t trust law enforcement will quell the demonstrations.

Luckily, in Janesville, the “riot control bees” were apparently unnecessary.