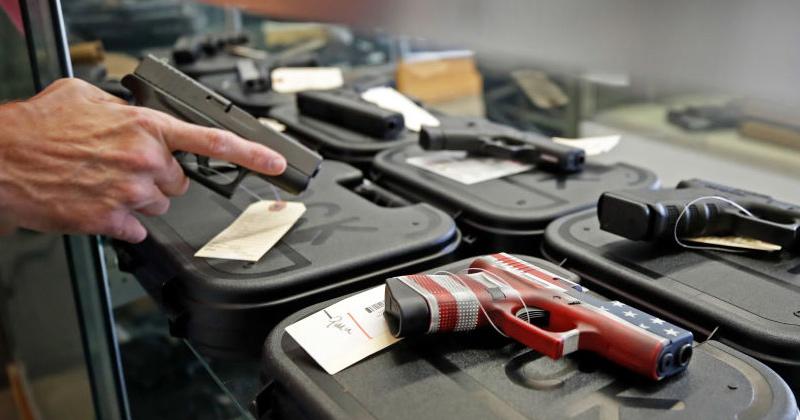 Police in Virginia are charging a smoke shop employee for shooting at masked intruders who were breaking into the store early Sunday.

33-year-old Hamzeh Abushariah was asleep in the back office of Arlington Smoke Shop when he heard loud noises at 4:30 in the morning.

With the clamor waking him, Abushariah grabbed a firearm and encountered three masked individuals inside the shop, robbing the place.

The employee fired three shots in the direction of the thieves, striking one who turned out to be a minor.

Arlington County police arrived, found the underage robber suffering from the gunshot wound and took him to the hospital with serious, but not life-threatening, injuries.

The other two suspects were able to escape and have yet to be located.

To Abushariah’s surprise, he was charged with “malicious wounding, reckless handling of a firearm and violation of a protective order,” according to a statement from police.

Police also say they are holding Abushariah without bond.

Responding to the arrest of his employee and defending the Second Amendment, Arlington Smoke Shop owner Jowan Zuber made an appearance on Fox News’ Tucker Carlson Tonight on Tuesday.

“We thought we’re in the right. Three masked men at 4:30 on a Sunday morning,” Zuber explained to Tucker. “This is very sad for America today, as American citizens practicing the Second Amendment to protect the store and the lives.”

Police reportedly asked Abushariah why he didn’t just “run out the back door” when the intruders broke in.

“This [tells] the criminals out there, hey we can rob stuff, kill people, hurt people, and guess what — people have to run out the back door,” Zuber said. “This is mind-boggling!”

Additionally, Zuber argues his employee’s health is in jeopardy due to the spread of COVID-19 in jails and prisons across the country.