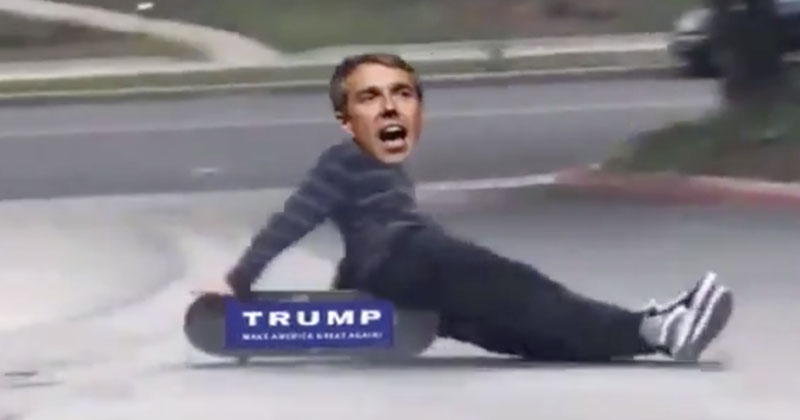 Beto’s run has been particularly grueling for conservatives due to his insane far-left platform calling for gun confiscation, taxing the church, and abortions up to birth.

Pay your respects to Beto with a gif pic.twitter.com/vvPFYqfh3U

Don't worry guys, Beto's back on his feet and has already found a new job. pic.twitter.com/cD8C06lbZv

Its a meme celebration day of BETO's failure! Watch for all my BETO memes today!#ByeBeto pic.twitter.com/EjRM9N0D2G

Today was a good day, didn't even have to lose my AK. #byeBeto pic.twitter.com/qvTRfAjrUh

#Beto a Nogo
Oh so Sado
No Presedento
A shamo
Would have been a
Joke-O
Turn in your Guno
Bye Bye Mr Beto pic.twitter.com/TqIlefhwvN

Gun owners — when they hear Beto has dropped out. #ByeBeto pic.twitter.com/6LZzQRfz0d

Bye bye Beto!!! he actually thought he was gonna take our guns away pic.twitter.com/fZXFiTtIPo

In an ominous sign for his flailing campaign, a woman went viral for confronting Beto over his insane far-left platform at a Connecticut campaign stop just two days before he announced his exit from the presidential race:

WARNING: Graphic language. This woman was upset with @BetoORourke making a campaign stop in Newtown tonight. We'll have more on the event tonight on the News at 10pm pic.twitter.com/8gP0pw9vE8

A gun store offering a Beto O’Rourke gun sale sold out in a matter of hours. Get your ‘Beto Not’ Come And Take It special Infowars t-shirt HERE.