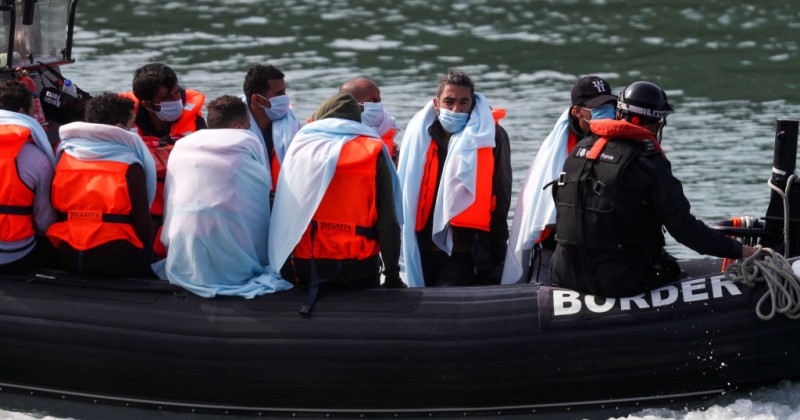 The Mayor of Calais has accused the UK of a engaging in a “declaration of maritime war” by requesting military assistance to prevent illegal boat migrants making journeys to Britain.

4,000 migrants having arrived on England’s south coast in 2020 alone, eager to follow in the footsteps of others who are given free hotel accommodation at taxpayer expense as they wait for their asylum claims to be processed in anticipation of taking advantage of the UK’s generous welfare system.

After Nigel Farage’s focus on the crisis turned it into a national media story, the UK government was finally forced to respond and announce it would use Royal Navy ships to patrol the English channel in a bid to deter migrant crossings.

Leftists reacted by asserting the plan was illegal, while Calais Mayor Natacha Bouchart went further, defining it as an act of war.

I’ve been in Dover today. Until we ensure those who cross the Channel will not be able to stay, the numbers will keep on coming. pic.twitter.com/qQIrOedqXl

“It is a declaration of maritime war,” she said, adding, “We in Calais no longer want to be permanent hostages enduring the lectures of British leaders.”

Tobias Ellwood, the chairman of the UK’s Defence Select Committee, accused Bouchart of using “irresponsible language” and called for “increasing Anglo-French collaboration to solve the problem.”

As we highlighted yesterday, corporations like Ben & Jerry’s have also waded into the debate, with the ice cream manufacturer claiming that the migrants should be allowed into the UK because they are fleeing war and torture.

Last time I checked, France wasn’t at war and they don’t torture refugees.