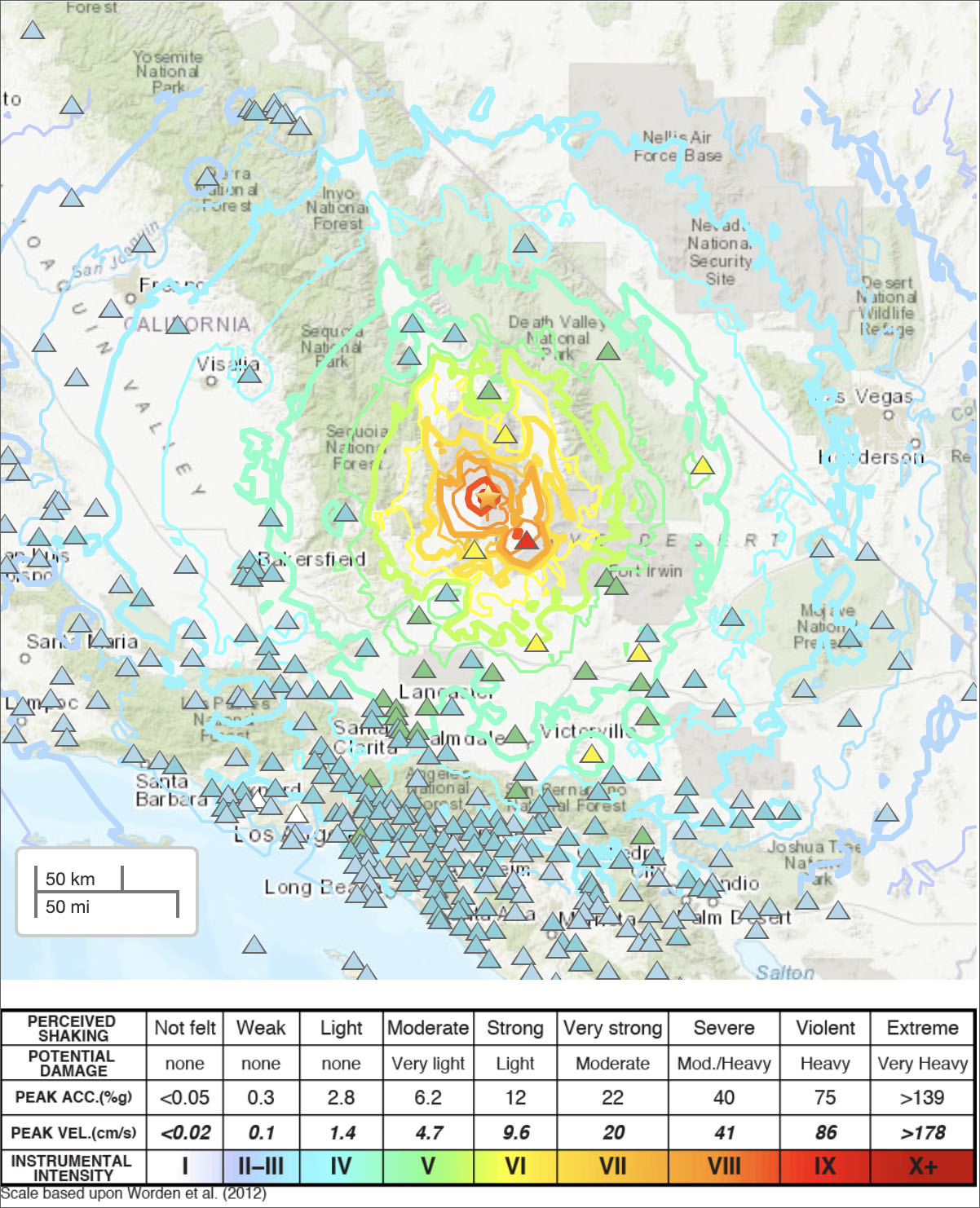 Though multiple injuries and fires were reported, no fatalities have occurred, according to local officials.

Tremors were felt as far as Mexico and Las Vegas, Nevada, according to the U.S. Geological Survey.

California Governor Gavin Newsom declared a state of emergency to provide more resources to address the damage after thousands were left without power.

“In response to another large earthquake in Southern California tonight, I have activated the @Cal_OES state operation center to its highest level,” Newsom tweeted. “The state is coordinating mutual aid to local first responders.”

In response to another large earthquake in Southern California tonight, I have activated the @Cal_OES state operation center to its highest level. The state is coordinating mutual aid to local first responders.

According to seismologists, there’s an 11% chance another earthquake at magnitude 7 or greater will strike the area within the next week.

“Every earthquake makes another earthquake more likely and that’s what we’re seeing right here,” Caltech seismologist Dr. Lucy Jones said Friday. “The first one is often not the biggest one.”

Like any quake, today's M7.1 has a 1 in 20 of being followed by something even bigger. Smaller quakes – M5s are likely and a M6 is quite possible.

This comes just a day after Thursday’s 6.4-magnitude earthquake hit the same area in SoCal, which had been the largest in two decades.

Experts say aftershocks can be expected for days to weeks, with some aftershocks of +7 magnitude quakes lasting for years.

Mike Adams hosts The Alex Jones Show to ask why conservatives can not recognize the leftist call for civil war, the truth about cold fusion you haven’t heard and how to prepare for impending chaos.