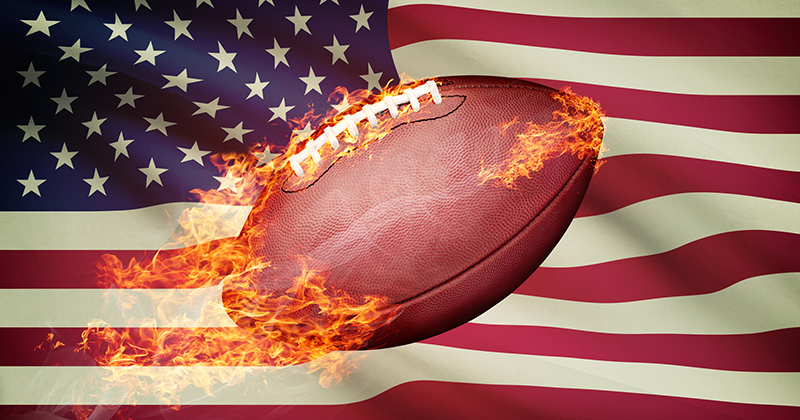 As I have warned many times before, life is not going to be getting back to normal any time soon.

The state of California just instituted a whole bunch of new COVID-19 restrictions, and the California Department of Health has confirmed that as a result of those new restrictions all in-person church gatherings have been banned “with no definite end date”.

Of course many churches will continue to have online services, but it just isn’t the same.

And with greatly reduced revenues coming in for the foreseeable future, a lot of smaller churches may not be able to survive.

It is one thing to lock down a state for a few weeks so that hospitals do not get completely overwhelmed during a pandemic, but it looks like California may be locked down for months to come, and some are even speculating that the restrictions could stretch into next year.

Alex Jones breaks down Trump’s offensive tactics as he enters in to the 2020 election.

When the new restrictions were put into place, a lot of people didn’t understand that they included church services too.  Sadly, the California Department of Health has made it clear that no “indoor religious services” will be permitted…

The California Department of Health clarified Tuesday to the Daily Caller News Foundation that indoor religious services in the state have been suspended with no definite end date.

Over four months after California initially instituted a lockdown on March 19, the state issued a new coronavirus order Monday that rolled back reopening plans. The order mandates that restaurants, bars, churches, fitness centers, hair salons, and barber shops must be closed in 30 of the hardest hit counties in California.

Each week, the number of confirmed cases of COVID-19 in the U.S. has continued to rise, and at this point it appears unlikely that the state of California will lift these new restrictions any time soon.

That also means that there won’t be any crowds at sporting events in the state for the foreseeable future either.

NFL players are supposed to start reporting to training camps shortly, but it is starting to become clear that the season is in serious jeopardy.

If the season does move forward, the games will almost certainly be played in stadiums without fans.  That would definitely be required for the three NFL teams that are located in California, and the rest of the clubs are likely to choose to do so as well for safety reasons.

But even if fans are excluded, that still doesn’t keep the players safe from one another.

Football is a contact sport, and so any sort of “social distancing” is simply not possible.  In such an environment, a virus can spread like wildfire.

With training camps set to open in less than two weeks, 72 National Football League players had tested positive for COVID-19 as of July 10, according to the players’ association.

It was not immediately clear who the players were or which teams they play for.

There is no way that the NFL can guarantee that players will not be exposed to COVID-19 during the games, and so the players association plans to push for opt-out clauses during negotiations with the owners which would give some players the option to decide not to play if they don’t feel it is safe to do so…

Of course there are many, many other things that the players and the owners must agree on before the season starts…

The money — whether it’s the pay of players in 2020 or the impact on future salary caps — has to be bargained out.

The COVID-19 testing regimens have to be bargained out.

The protocols about how camps can be run on a daily basis have to be bargained out.

The safety protocols beyond testing have to be bargained out.

Equipment changes, such as mandatory face shields, have to be bargained out.

The clock is ticking, and NFL owners have been very slow to make progress on these things.

I think that even the owners aren’t sure if there will be a season, and they have probably been holding off until there was more clarity on the progression of the pandemic.  But at this point the players are starting to run out of patience.

Speaking as a football fan, I am very much looking forward to the 2020 season, and I would be extremely disappointed if it was canceled or if it was stopped before it was fully completed.

Unfortunately, we are being told that either of those scenarios may happen.  For example, NFLPA President J.C. Tretter sounded quite pessimistic about the season in a recent blog post…

Every decision this year that prioritizes normalcy over innovation, custom over science or even football over health, significantly reduces our chances of completing the full season.

We don’t want to merely return to work and have the season shut down before we even get started. The NFLPA will do its part to advocate for player safety. We will continue to hold the NFL accountable and demand that the league use data, science and the recommendations of its own medical experts to make decisions. It has been clear for months that we need to find a way to fit football inside the world of coronavirus. Making decisions outside that lens is both dangerous and irresponsible.

And Dr. Anthony Fauci recently expressed his opinion that “it would be very hard to see how football is able to be played this fall”.

We shall see what happens with college football, but at this point many people are not optimistic.

If it turns out that there is no football at all this fall, that is going to be extremely depressing.

But the good news is that as I write this article the NFL is still planning to kickoff the regular season on September 10th, and so let us hope that actually happens.