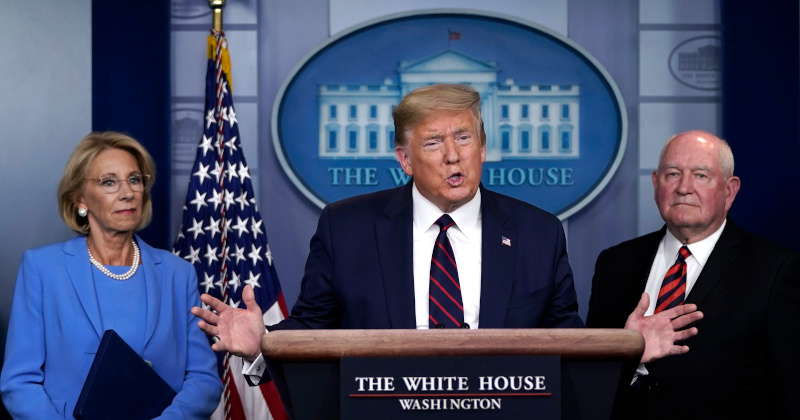 The lawsuit, filed May 11 by the System Board of Governors and its chancellor Eloy Ortiz Oakley, along with several specific districts, came as a response to Devos’ announcement that illegal immigrants and DACA recipients were not qualified to receive funding through the CARES act.

The lawsuit states that Chancellor Oakley brought the lawsuit to stop the Department of Education from placing any restrictions on emergency funding, specifically from the COVID-19 pandemic. The complaint argues that eligibility requirements that prohibit illegal students from receiving federal bailout funds “will irreparably harm Plaintiffs and their students at a time when emergency relief is needed immediately.”

The lawsuit also claims that the exclusion of illegal students from receiving federal money is “unlawful and unconstitutional.”

The same release emphasizes “significant discretion” awarded to colleges by the CARES Act surrounding “how to award this emergency aid.”

Calling the Education Department’s interpretation of the CARES Act “unlawful,” the lawsuit states, “as a result of the Department’s unauthorized eligibility restriction, over 85,000 Washington higher education students who desperately need financial assistance have been excluded from federal help.”

As Campus Reform previously reported, UW announced monetary aid for illegals using “non-federal sources.” But as Heritage Foundation expert Mike Howell said, “it’s all fungible money, so every dollar that goes to an illegal alien is a dollar that a US citizen is not getting.”