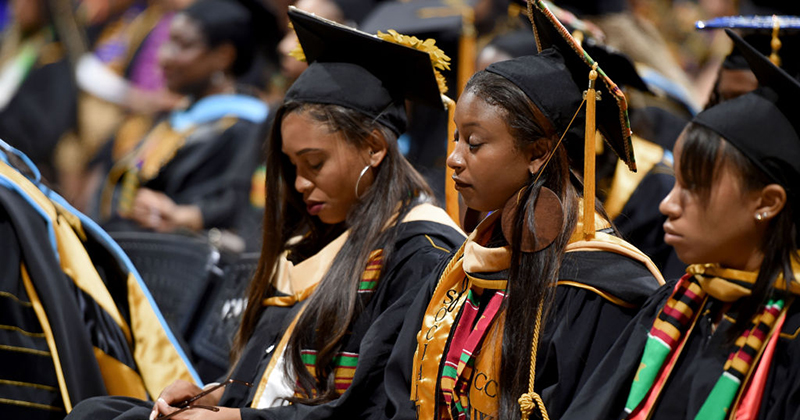 Issuing the ultimate woke wishlist, The Faculty Association at California State university has demanded that all “Black Native, and Indigenous students” should be given free tuition as a “redress for systemic anti-Black racism in the CSU.”

The CFA has also charged that “the historical and longstanding infrastructures of universities” should be dismantled because they are “fundamentally grounded in a white supremacist colonial discourse and culture.”

Campus Reform reports that the CFA also wants to overturn the ban on affirmative action, and is arguing that “racial pay equity” needs to be implemented because “workload is also higher for Black faculty given that CSU faculty are majority-white, and CSU students are majority of color resulting in ‘cultural taxation.’”

Without providing corroborating evidence, the faculty also claims that research conducted by Black students is “often not valued at the same level as other faculty.”

A further demand outlines that there be “Black faculty available to serve as reviewers for Black faculty candidates,” so as to counter “white supremacy”, as well as “dedicated study space” for Black students only.

The faculty also demands an expansion of curriculum for Ethnic Studies, creating Black Student/Resource Centers, and enforcing “unconscious bias” training for all students.

In addition, the faculty urges support for initiatives toward “the full abolition of the police,” claiming that Black, Native, and Indigenous students can “not rely on police for safety,” and that law enforcement has “racist roots” enhancing “the dehumanization of Black people.”

For good measure, the woke demand list also includes a petition for protection of the Black LGBTQIA+ community.

The CFA’s statement says that it “recognize[s] that the movement for queer and trans liberation was catalyzed by uprisings led by QTPOC (queer and trans people of color), often against police violence.”

It concludes that students should continue “building on a radical and beautiful legacy of resistance.”

This is indicative of demands from woke student groups across the nation. For example, at UCLA, a Professor was recently placed on leave and subject to threats of violence after he rejected requests to allow black students to take final exams at a later date, purely because of the colour of their skin.

Other reports from elsewhere in the country have indicated that black students are demanding they be given leniency, or just better grades, to combat ‘systemic racism’.