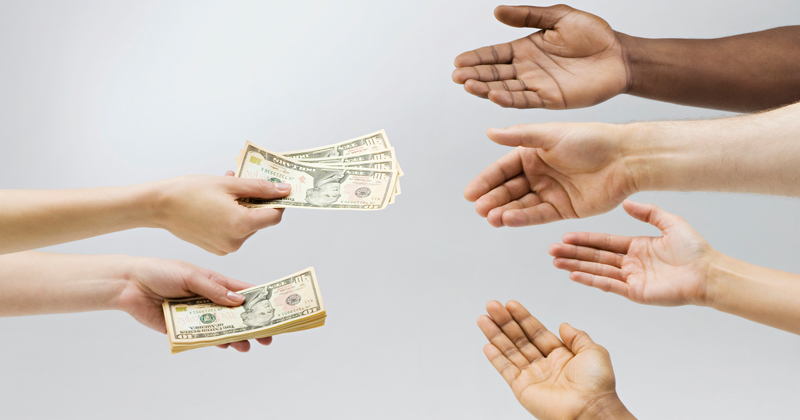 According to reports, $75 million of the money will come from taxpayers, while $50 million will be covered by various charities and foundations.

The governor’s bailout comes as the state’s roughly two million illegal alien residents did not qualify for the recent $2.2 trillion federal stimulus package

On Wednesday Governor Newsom praised the state’s illegals, who he claims paid over $2 billion in taxes in 2019.

“We feel a deep sense of gratitude for people that are in fear of deportations that are still addressing essential needs of tens of millions of Californians,” said Newsom.

“Their personal information will not be required to get those support,” the governor added, presumably acknowledging illegals are wary of giving up information for fear of deportation.

The governor’s move was criticized strongly by conservatives on social media, with many accusing Newsom of selling out taxpayers.

Taxpayers are funding this lawless sham

He should resign in shame.

I guess handing out fistfuls of cash is not so easy in a pandemic. #BuyTheVotes https://t.co/BlAxJA3X3j

How played were you America?

The California Governor is giving $500 EACH to over 150,000 Illegal Immigrants and Undocumented Workers..

The Sham is Happening..

California Governor Gavin Newsom just announced that he plans on giving $125M worth in stimulus money to illegal aliens over the coronavirus.

Gavin Newsom should RESIGN in disgrace!

California announced millions of dollars set aside in a fund for ILLEGAL immigrants while millions of Americans suffer in the streets.

States should be focused on AMERICANS not Ilegal immigrants.

Kaitlin Bennett breaks down the recent stimulus bill and how it’s BAD for America.