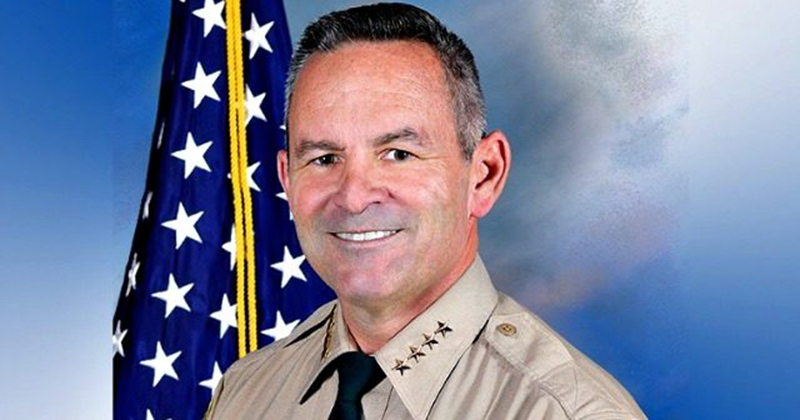 Riverside County Sheriff Chad Bianco reaffirmed his stance on not enforcing stringent stay-at-home orders, telling the Riverside County Board of Supervisors this week that he refuses to “make criminals out of business owners, single moms, and otherwise healthy individuals for exercising their constitutional rights.”

Eight weeks ago, officials, including Gov. Gavin Newsom (D) “participated in something never done before in our nation’s history,” Bianco began.

Government “ordered residents into their homes, closed their businesses, made them wear masks, forbid them from going to church, and eliminated constitutional freedoms put in place over 200 years ago,” he explained.

“In the name of a public health crisis, our civil liberties and constitutional protections were placed on hold,” he continued.

Savanah Hernandez & Harrison Smith join Owen in front of “Big Daddy Zanes” in West Odessa and report the latest updates on this shocking example of tyrannical behavior by the government.

Officials, Bianco said, have asked a lot of residents over the last two months as part of a greater effort to flatten the curve and prevent hospitals from being completely overwhelmed by coronavirus patients.

“It worked,” he said, listing a series of statistics:

What isn’t being emphasized is that 2,000 of the 4,300 people who have tested positive have already recovered and returned to work. What that means is that out of two and a half million people in Riverside County, we have only 2,300 residents positive with this virus. Statistically, that is less than a tenth of one percent.